Hell hath no fury like a woman scorned, an English lord learned firsthand, when his lover trashed his south London flat with liters of pig blood, spraying lewd insults on the walls of their former love nest.

Lizzie Purbrick, 63, took nefarious revenge on former Tory MP Lord David Prior of Brampton, also 63, after she caught him canoodling with another woman, the wife of another member of the House of Lords. 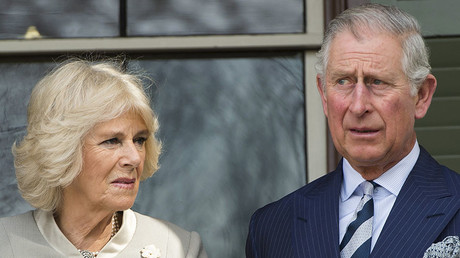 Purbrick, a former equestrian and a member of the British team at the 1980 Moscow Olympics, procured some eight liters of pig blood from a butcher and slipped into Prior’s flat, to which she had a key. The woman then enacted her retribution by filling the garden sprayer with blood and defacing the walls with the words “whore,”“big d*ck lord,”“lady slut” and other insults. She topped it all off by tarnishing the floor with the image of a penis, also in blood.

Purbrick used the leftover blood to smear whatever else in the apartment she could get her hands on. She was so generous with the red stuff that it ended up oozing out under the door, which eventually prompted a neighbour to sound the alarm. Purbick apparently remained oblivious, taken up by her sweet revenge with loud music reportedly playing in the background, the court heard.

Having let off some steam, the former Olympian apparently felt remorseful, leaving a check for £1,000 and surrendering to the police immediately after the incident. During the trial, the woman’s lawyer described her rampage as “cathartic” and a one-off event caused by a broken heart. 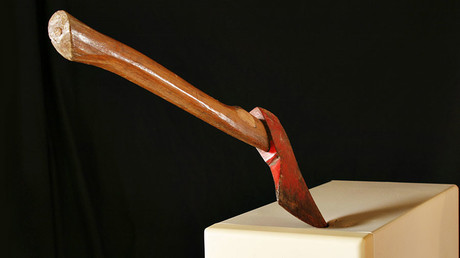 Purbrick was charged with criminal damage to the property and was sentenced to 120 hours of community service. She was also given a restraining order, banning her from entering any of the Lord’s three homes.

Delivering the verdict, the District Judge Susan Green revealed just how thorough of a job Purbrick had done in drowning Lord Prior’s flat in blood. “In one of the bedrooms clothes on the floor had blood all over then and the bed was covered,” Green said, as cited by the Telegraph.

She described the scrawls Purbrick left on the walls as “highly abusive” and “appalling,” noting that it’s clear from the way the crime was executed it was not a spontaneous but a premeditated one. The court noted that the bloodbath would have been particularly painful for the Lord to see since he was breeding pigs.

Prior is now demanding compensation to the tune of £15,000 so he can refurbish the flat, a bill Purbrick refuses to foot. While both Purbrick and Prior are married, they have been estranged from their spouses and were seeing each other for some eight years before their relations came to an abrupt end. The woman told the court she even cherished the dream of becoming “Lady Prior” one day.

“Everything started in Norfolk. We were together for eight years. I was all set up to be Lady Prior,” she said.