Theresa May raised the case of a jailed British-Iranian aid worker with Iran’s leader, Hassan Rouhani, during a meeting at the UN.

Nazanin Zaghari-Ratcliffe, 37, has been sentenced to five years in prison on charges believed to include spying following a secret trial earlier this month. Zaghari-Ratcliffe was arrested in April at Imam Khomeini Airport in Tehran after visiting family with her two-year-old daughter. 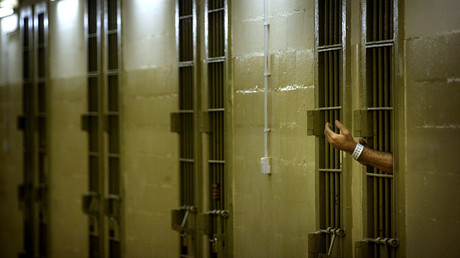 May is believed to have questioned Rouhani over Zaghari-Ratcliffe’s sentence.

Speaking before the meeting, a UK government official said: “The PM will want to understand directly from the Iranians some of the reports there have been around sentences and charging.”

Zaghari-Ratcliffe, who works for the Thomas Reuters Foundation, a London-based charity, has previously been accused of leading a “foreign-linked hostile network.” However, the official charges against her have not been made public.

Zaghari-Ratcliffe is the first of at least six other dual nationals who have been detained by Iran’s Revolutionary Guard Corps in recent months to be sentenced.

Her daughter, Gabriella, is being looked after by her grandparents in Iran after having her passport confiscated. Zaghari-Ratcliffe’s husband, Richard Ratcliffe, who is at the UN General Assembly lobbying for her release, has been advised against traveling to Iran.

READ MORE: British Airways to resume flights to Iran after years of sanctions

The meeting between May and Rouhani follows the restoration of full diplomatic relations between the UK and Iran. Earlier this month, the UK appointed an ambassador to Iran for the first time since 2011, when the British embassy was shuttered after being stormed by protesters in a demonstration against Western sanctions over Iran’s nuclear program.

Relations between Iran and the West have been on the mend since the Islamic Republic and six international mediators signed the historic nuclear agreement. Under the deal, Iran agreed to roll back its nuclear program in exchange for the lifting of sanctions.