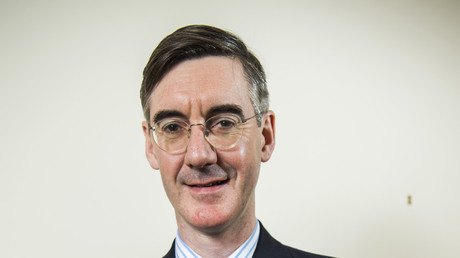 Jacob Rees-Mogg has been accused of hypocrisy after details of Russian profits from his fund-management firm were revealed. The Tory MP had said that Russia should be “hit financially” over the Skripal poisoning.

Rees-Mogg is a co-founder, director and shareholder of Somerset Capital Management (SCM) – an investment management firm which specializes in emerging markets. SCM confirmed it runs a fund with a stake worth up to £60 million ($84 million) in Russia’s largest bank, Sberbank. The MP profits from the bank – through his position as a shareholder – that has been a target of EU sanctions since 2014.

The news sparked outrage on social media, with users racing to blast the Conservative as “hypocritical” and “arguably the stupidest man in parliament.”

Considering Rees-Mogg has been calling for tougher economic sanctions against Russia following the Salisbury poisonings, it seems pretty hypocritical that his fund management firm is profiting from a £60m investment in Russia’s largest bank

The Guardian columnist Owen Jones, among others, attacked the MP:

Oh look: Jacob Rees-Mogg’s fund management firm invests in a Russian bank with sanctions against it.

If he was a leftwing Labour MP, of course, your ears would currently be melting because of the screeching outrage from the right wing press https://t.co/e6gsdamDYR

It is being reported that the firm of Jacob Rees-Mogg manages nearly £100 million invested in Russia. I can’t see much about it in the old mainstream media. Somehow I don’t think they’d be so reluctant to report this if it was Jeremy Corbyn, rather than Rees-Mogg.

Jacob Rees-Mogg: “Corbyn’s response to Russia is a disgrace. What he should be doing is calling for more sanctions while pocketing money from a Russian bank that’s a target of sanctions” pic.twitter.com/oKDaaVksA3

Boris Johnson, Jacob Rees-Mogg, Alexander Nix, David Cameron, Zac Goldsmith … the biggest threat to the security & prosperity of normal people comes from Eton, not Russia … plus it’s a lot easier to close down a school in Berkshire than bomb the biggest country in the world.

It comes after the North East Somerset MP called on Prime Minister Theresa May to impose tougher sanctions on the Kremlin following allegations of its “culpability” in the poisoning of former Russian double agent Sergei Skripal and his daughter Yulia earlier this month. Taking a dig at Russian President Vladimir Putin, he said in the Commons last week that “tyrants need to be stood up to.”

“I encourage her to impose a freeze on assets, so that people do not have the opportunity of taking them out of the country in the short term,” he added.

As a partner of SCM, Rees-Mogg is eligible to receive dividends from the firm, although there is no requirement to disclose this on the register of member’s interests. He reportedly earns £14,500 ($20,400) a month for 30 hours work there.

The discrepancy between Rees-Mogg’s political positions and the work of SCM have previously come under fire. The MP has been a consistent opponent to abortion, even in the case of rape, while SCM invested £5 million ($7 million) in an Indonesian pharmaceutical company, Kalbe Farma, which makes stomach-ulcer pills that are also widely used to trigger terminations in the south-east Asian country, where abortion is illegal.