From the Tom Woods Letter:

She is not secretly brilliant.

She’s a clever politician, to be sure, but that just means she’s good at manipulation and stoking envy. That is not the same thing as being smart.

From what I can tell, she has no particular knowledge of anything, and cannot withstand even friendly questioning.

She is the classic case of being too dumb to know how dumb she is.

“Woods, don’t talk about her! Then she’ll go away!” 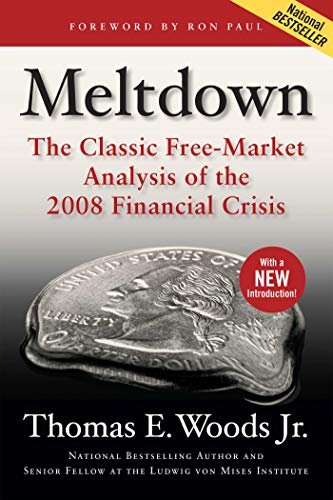 That’s ridiculous. Even people who say this don’t believe it.

This week Senator John Cornyn Tweeted out a quotation from Benito Mussolini, saying the opposite of what Cornyn himself believes.

He meant it as a warning: tyrants often claim that things are just so complicated these days that of course we need more power, and you peons just need to sit down and shut up.

(Kind of like what Ocasio-Cortez said the other day about being in charge, and other people needing to know their place.)

It doesn’t get much more low-IQ than that. 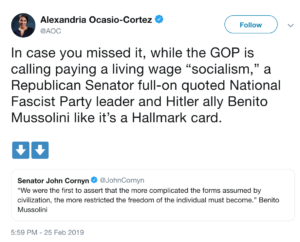 And if you read the comments, her supporters are equally clueless. “Duh, he just quoted Mussolini!”

On a happy note, here’s how you become the exact opposite of AOC:

Oh, and ever wanted to create your own…