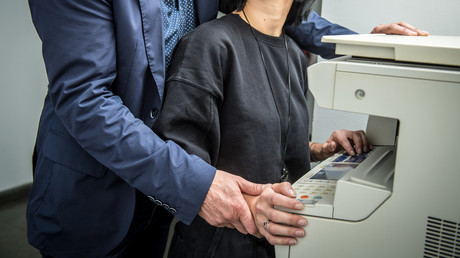 Boris Johnson has donned a shirt to show off just how feminist he is. Interesting, considering he once said voting Tory means your wife will get bigger boobs. Unsurprisingly, he’s not the only MP with a shocking record for sexism.

Only a few months ago, Westminster was rocked by a sex scandal so great that inquiries were launched, MPs were stood down, and sadly one man – Carl Sargeant – took his own life as a result of allegations made against him. But who was the one that started it all? Here’s looking at you, Michael Fallon.

Defence Secretary Michael Fallon was forced out after multiple claims of sexist behaviour were levelled against him. In November, Fallon found himself in hot water after cabinet colleague Andrea Leadsom complained about his behavior. Leadsom had complained that her hands were cold, and alleged that Fallon said “I know where you can put them to warm them up.”

The Tory veteran had also been accused of putting his hand on a journalist’s knee in 2002… until she threatened to punch him.

During an SNP MP’s response to Johnson’s statement on President Trump’s visa ban in January 2017, Winston Churchill’s grandson Nicholas Soames decided to bark like a dog at a female politician.

Soames was caught making “woof” noises towards then-MP Tasmina Ahmed-Sheikh. He was forced to apologize, but defended his actions saying it was because Tasmina was “barking” at the Foreign Secretary. Right.

He also posted another message claiming that a Pop Idol winner had “only won because she was fat.” He also criticized “the prevailing western tendency to deify fatties” and said that fat people do not “deserve our respect.” What a charming fellow.

Philip ‘men’s rights activist’ Davies has had a plethora of troubling sexist moments. The Tory MP’s highlights include the time he called for the word “women” to be removed from the Women and Equalities Committee. There was also that time in 2015 when he complained that he believes men are unfairly treated by the justice system – saying that more women should go to jail, instead of fewer men chucked in the slammer. Yes, really.

Last week, some in Westminster probably suffered whiplash when he took swipes at female advocates during PMQs. “It’s amazing that noisy feminists are so quiet on this,” he said, after telling the floor how “three very brave women told us their harrowing tales about how they had been discriminated against by Sharia Councils.” But you know what combats sexism? More sexism piled on top. It’s infallible logic really, so lucky we have Davies to mansplain it to us all.

BoJo and…. well, there’s just too many

Boris out jogging this International Women’s Day sending a strong and stable message guess this counts as a Boys Job pic.twitter.com/CyfoeX6sJg

Ah, Boris Johnson: Conservative crony and colorful character with an excellent turn of phrase, some mistake him for an affable guy. Luckily, we have the internet to remind us of some of the more unsavory things the now-foreign secretary has said… just to keep it in perspective.

While a journalist for the Telegraph in 1996, Johnson went to a Labour conference, taking the opportunity to review the quality of “the hot totty” in attendance. He previously said that women turning to Labour was due to their natural “fickleness.” In what proved to be his valedictory piece for the Spectator as editor, Johnson was generous with advice to the man about to step into his shoes. “Just pat her on the bottom and send her on her way,” he said of his female publisher.

Fantastic stuff – and just to think, this is the guy that is responsible for the international diplomacy of the UK…. what could go wrong?