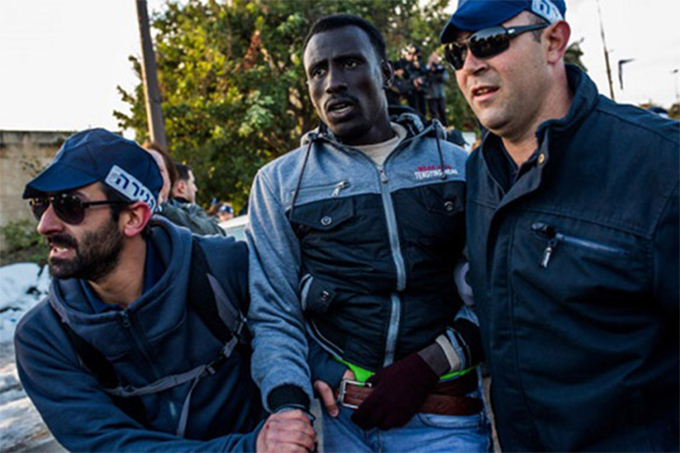 Israel is in the middle of illegal alien crises with many being deported but there is a back and forth between the right of center parliament and the left-wing courts. Illegal aliens have been marching in the streets of Tel Aviv for three days in a row.

It should be noted that Saudi Arabia just deported 120,000 illegal aliens from Ethiopia in one month’s time. They simply rounded them up, fenced them in, and forced Ethiopia to come get them at their own expense.

Israel is transporting an undisclosed number of Africans to Sweden in a deal brokered by the UN. “Dozens” have already arrived in Sweden. Each is given a $3,500 “grant” by Israel.

Swedes, who already face massive immigration problems, fear that this will only be the tip of the iceberg.

Sweden is a tiny nation of only 9.5 million. Already, a shocking 2 million are non-Swedes. Swedes also have one of the lowest birthrates in Europe. About 530,000 are non-European immigrants. In 2013 Muslims rioted in Sweden for a week straight causing massive amounts of damage.