Is there any evidence outside of the Bible that the Resurrection of Jesus was a real historical event rather than a myth or an allegory?

Unfortunately, there is no time machine to go back in history and confirm this event that is memorialized in the way the western world divides modern from ancient history, B.C and A.D.

However there is, surprisingly, evidence revealed from celestial, geophysical and historical accounts outside of the Bible that confirm this event.

According to Wikipedia, Easter (aka Resurrection Sunday) is a remembrance of the resurrection of Jesus from the dead (~30 A.D.) as described in the New Testament.  Jesus was crucified, that is, hung on a wooden cross, nailed through his hands and feet and hung on a wooden cross.  The historical leaders in place at the time, Pontius Pilate the prefect (governor) of Judea at the time, and King Herod the Roman king, are established historical figures in the same time period and place as the Bible describes.  They were responsible for assigning and delivering punishment to Jesus for blasphemy (claims He was God’s Son). 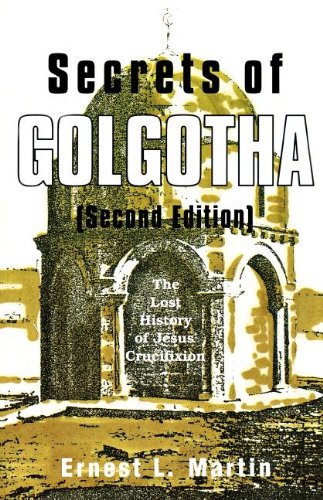 In the Biblical account of the crucifixion, an earthquake and a darkness came over the land between 12 noon and 3 PM that coincided with Jesus’ crucifixion as explained in the Gospel of Matthew.  (Matthew 27: 45-54)

Historian Eusebius of Caesarea cites Phlegon who wrote that in the year 32-33 AD: “A great eclipse occurred at the sixth hour that excelled every other before it, turning the day into such darkness of night that the stars could be seen in heaven and the earth moved, toppling many buildings.”

There is also another independent historical…