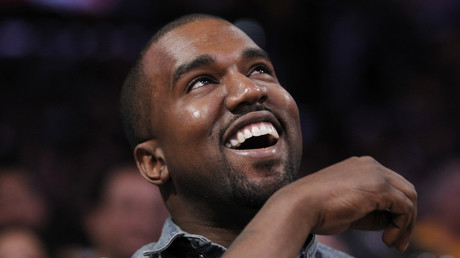 Kanye West is a “witting asset of Russian intelligence,” because alternative theories, that may explain the rapper’s controversial statements, are not nearly as compelling, according to a self-declared intelligence expert.

A string of polarizing statements recently made by the rapper – as well as “recent coordinations” with US President Donald Trump – are all hallmarks of being on Putin’s payroll, Eric Garland, a professional futurist and “strategic intelligence analyst,” tweeted on Wednesday.

Kanye made headlines last week after tweeting out his support for Trump – as well as a torrent of aphorisms and general life advice.

Kanye’s recent coordinations with Trump, along with his use of inflammatory rhetoric and symbols (Confederate Flag) reek of “provokatsiya.”

“Call this conspiracy theory if you dare: you ain’t got a better explanation than this, and my sources tell me this is going to come out,” Garland wrote.

However, in a follow-up tweet, Garland briefly considers the impossible. “Other semi-plausible explanation: It’s an asshole convention? More in line with Occam’s Razor,” he pondered, ultimately concluding: “But I’ll stand by the first analysis.”

READ MORE: Freedom of speech but no freedom of thought: Kanye floods Twitter with political and life advice

To illustrate the soundness of his reasoning, Garland furnished two ‘smoking guns’ – a Vogue report detailing a meeting between Kanye and a trendy Russian designer in Moscow, and a CNN story about Kanye’s visit to Trump Tower, where he reportedly discussed “multicultural issues” with the then president-elect.

Garland attempted to connect the two seemingly unconnected meetings by claiming that Kanye met with Trump “two days prior” to flying to Moscow. In actuality, the meeting at Trump Tower was on December 13 – nearly a month after Kanye’s trip to the Russian capital.

However, Garland’s Kanye ‘Kremlin agent’ theory was hard for many to come to terms with. Even respectable, blue-ticked reporters from the Daily Beast struggled to accept that Kanye has been compromised.

Garland is no stranger to tweeting ‘highly credible’ theories. He became a #Resistance hero after (by his own admission) guzzling down amphetamines and craft beer and then writing a 127-tweet thread explaining how Russia installed Trump in the White House. The literary marvel, which made liberal use of caps lock, has since been widely-hailed as Russiagate’s magnum opus.