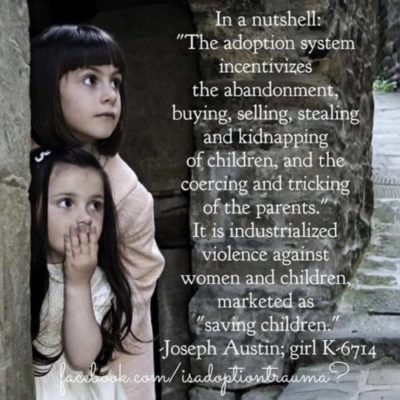 Kidnap is a verb that is defined as:

To take (someone) away illegally by force, typically to obtain a ransom.  Synonyms include: abduct, carry off, capture, snatch, take hostage.

Yet most kidnappings involve no ransom and many – such as parental “kidnappings” –  involve no force at all. And some illegally, criminally kidnapped children are raised well in every respect, as the child of their abductor: