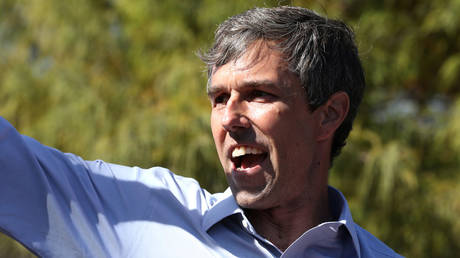 The Ancient Order of Hibernians has slammed the Republican Party after its official Twitter account used the occasion of St. Patrick’s Day to bring up 2020 presidential candidate Beto O’Rourke’s past drinking record.

The tweet was posted as a “special message from noted Irishman Robert Francis O’Rourke” and included the former congressman’s mugshot from a 21-year-old DWI arrest, with the message “please drink responsibly” and topped off with a leprechaun hat.

The Order, which is the oldest Irish Catholic organization in the US, said they were “shocked and appalled” that on “a day when America celebrates and honors the contributions that Irish Americans have made” to the country, the GOP would attack a candidate “based solely on his Irish heritage.”

The organization bashed the “toxic” and “stereotype-laced” tweeted, comparing it to 19th century anti-Irish cartoons.

Also on rt.com
In a rush to remove the ‘white man’ stigma, Beto O’Rourke flaunts his ‘white privilege’ in Iowa


O’Rourke has spoken openly in the past about his DWI arrest, saying it was due to “poor judgement” in his youth and that there was “no excuse” for it. Asked about the GOP tweet, he dismissed it as “pettiness” and “meanness” that voters didn’t care about.

If his fundraising numbers are anything to go by, it looks like O’Rourke’s supporters aren’t too worried about his past drinking either. The former Texas congressman managed to rake in a massive $6.1 million in donations during the first day of his campaign, more than any other candidate’s first-day donations so far.