Washington’s creation of the Iran Action Group is a repeat of Mike Pompeo’s tired tactics, Foad Izdi, professor of political communication at the University of Tehran told RT, adding that the US likely won’t achieve regime change.

“When Pompeo was head of the CIA, he established a similar group called the ‘Iran Mission Center.’ Its aim was to follow the hawkish anti-Iran foreign policy…now he’s secretary of state and he’s repeating the same thing…” Izdi said.

He went on to state that it’s telling that Brian Hook has been chosen to lead the group, as “he’s a protege of John Bolton, [who] thinks his mission in life is to overthrow the Iranian government.” 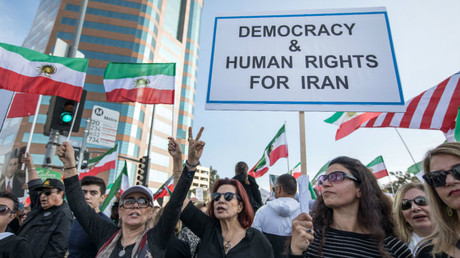 But despite any efforts to do so, Izdi said he doesn’t believe the US will be successful in achieving regime change in Tehran.

“This is the anniversary of the 1953 coup…it seems they [US] have not learned anything in 65 years. They’re trying the same old policies. Iran has learned a lot, and is careful not to allow the US to follow the same policies.”

As for the 12 demands that the US has laid out for Tehran, Izdi said they are “designed in a way that Iran cannot comply with any of them or accept any of them.”

He went on to explain that the very fact the US is interfering in the another country’s affairs is “against international law, against the UN charter.” More specifically, he explained, “the US signed an agreement in Algiers with Iran in the early 1980s… the first article of the agreement was that the US would promise not to interfere [in Iran’s affairs].”