Climate related death risk for an individuals down 99% since 1920

By Anthony Watts
Watts Up With That?

Bjørn Lomborg writes on Facebook about some new and surprising data that turn climate alarmist claims upside down.

This is clearly opposite of what you normally hear, but that is because we’re often just being told of one disaster after another – telling us how *many* events are happening. The number of reported events is increasing, but that is mainly due to better reporting, lower thresholds and better accessibility (the CNN effect). For instance, for Denmark, the database only shows events starting from 1976.

Instead, look at the number of dead per year, which is much harder to fudge. Given that these numbers fluctuate enormously from year to year (especially in the past, with huge droughts and floods in China), they are here presented as averages of each decade (1920-29, 1930-39 etc, with last decade as 2010-18). The data is from the most respected global database, the International Disaster Database. There is some uncertainty about complete reporting from early decades, which is why this graph starts in 1920, and if anything this uncertainty means the graph *underestimates* the reduction in deaths. 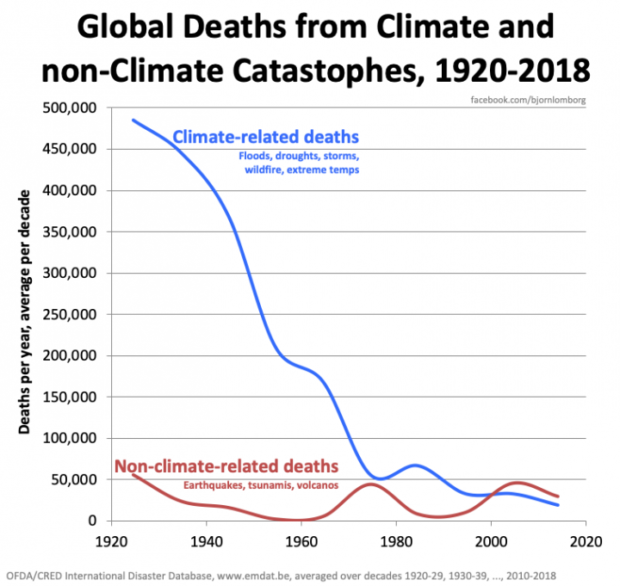 Notice, this does *not* mean that there is no global warming or that possibly a climate signal could eventually lead to further deaths. Instead, it shows that our increased wealth and adaptive capacity has vastly outdone any negative impact from climate when it comes to human climate vulnerability. 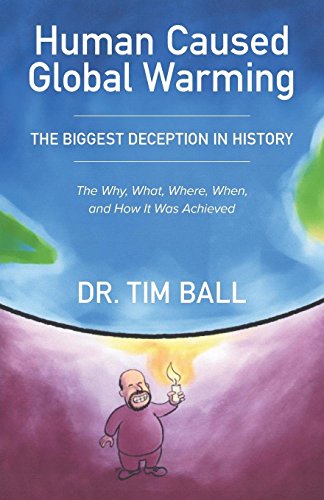