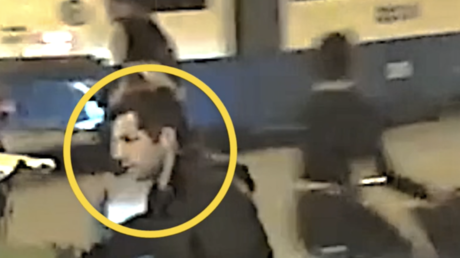 An international manhunt for a suspected British hitman believed to have shot a fellow Briton in the head outside a café in Amsterdam, Netherlands, has kicked off.

The alleged hitman is suspected of shooting a 55-year-old man, from Sale, Greater Manchester, before fleeing on a bike taxi in the Dutch capital on May 19. The victim remains in hospital in a stable condition. Dutch Police believe he was targeted due to a gang feud.

The witness was seen heading towards the crime scene in Amsterdam’s Stromarkt before pulling out a gun and firing. He then took the bike taxi towards Dam, the city’s main square.

The UK’s National Crime Agency (NCA) is now collaborating with Dutch authorities after they launched a large search for the suspect but failed to trace him down.

Jayne Lloyd, NCA North West branch commander, said: “The attack took place in a public area. This man is clearly very dangerous which is why we need to identify him quickly and make sure he cannot harm anyone else.

“Someone knows who this is and anyone with information about this man or his whereabouts should contact the NCA on 0370 496 7622 or Crimestoppers on 0800 555 111. Please do not approach this man as he is dangerous and call 999 in an emergency.”