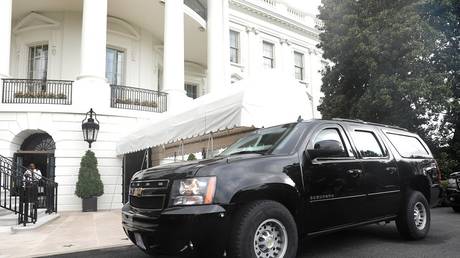 One man was injured in an incident involving President Donald Trump’s motorcade outside the White House on Wednesday.

According to reports from the scene, a protester jumped in front of Trump’s motorcade, and a uniformed Secret Service officer started to confront him, when they were both struck by one of the vehicles.

The Secret Service has not yet commented on the incident.

What we know so far:

One protester was arrested for jumping in front of the motorcade near the 17th and Pennsylvania intersection.

One law enforcement official was hurt, but accounts differ on what exactly occurred.