The daughter of an Indian billionaire is hiring 12 staff, including a butler, lady’s maid, chef and three footmen, to help her get through a four-year course at St Andrews University in Scotland, once attended by Prince William.

The student, who has not been named, is employing an array of staff, and unsurprisingly will not be braving student digs with less well-off undergraduates. Instead she is setting up home in a mansion she has bought, the Sun reports.

An ad posted earlier this summer asked for a maid with “an outgoing, cheerful and energetic personality.” They will be responsible for “waking principal up, liaising with other staff regarding routine and schedule, assisting with grooming, wardrobe management and personal shopping.” 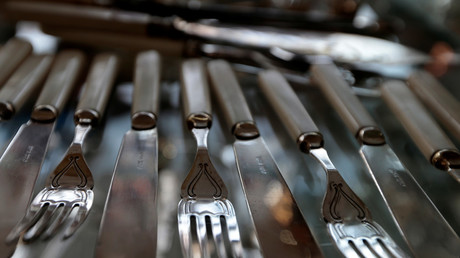 According to the paper, the list of 12 staff for hire includes; a lady’s maid, private chef, butler, three footmen, house manager, chauffeur, three housekeepers and a gardener.

The butler’s role will involve overseeing the entire team, while the three footmen will be serving all of the daily meals, laying the table and keeping the house looking spotless. In addition, they will be required to open doors for the highly-privileged student “wherever possible,” according to the job ad.

Her family have recruited staff to gently ease her into freshers’ week, because we all know how stressful that can be – and for the entirety of her four-year course.

The job vacancies were posted via Silver Swan recruitment which, according to its website, is “a bespoke recruitment agency for luxury chalets, villas, yachts and private households.”

It said: “The family are very formal so want experienced staff.” The roles are said to pay around £30,000 a year.

The St Andrews student is not alone when it comes to super rich parents buying up property and/or laying on staff for their kids to lead ostentatious lives in their youthful years.

The Guardian reports that an 18-year-old student from China has recently purchased a £5m two-bedroom flat in the newly-refurbished Centre Point building, in central London. The flat is said to have panoramic views from the bedroom that take in Wembley Stadium and the Royal Albert Hall.