Kansas voters who haven’t done their research might regret it when they go to vote in the state’s 4th Congressional District Republican primary today and find two candidates named Ron Estes listed on the same ballot.

Incumbent Rep. Ron Estes is facing off against Ron M. Estes — and unsurprisingly, it’s been causing a bit of confusion at polling stations with voters complaining to the Sedgwick County Election Office that it is difficult to differentiate between the two.

“If I had no idea what was going on, I would be lost,” Wichita resident Janelle Hoopes told KSNW, a local NBC affiliate. Another local woman, Lisa Wray, took a look at the ballot and said the two men “could be different people” but said she didn’t know the difference between them. 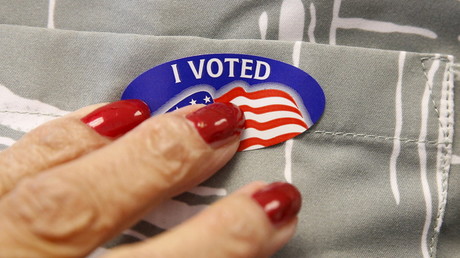 Local election commissioner Tabitha Lehman said voters had been calling up looking for clarification and asking if a mistake had been made, resulting in one man called Ron Estes being listed twice. But no, there really are two of them.

Lehman said poll workers were trained to be prepared for questions — but the problem is, by law, they’re not really allowed to tell voters anything about the two candidates, lest it be seen as showing support for one over the other.

“Our election workers are trained to say they are two different people, but we cannot give you any information,” she told KSNW. “Our concern is that anything the election workers say, even their vocal inflection could be interpreted as supporting one candidate or another and we can’t have that going on in the polling locations.”

Worried that their vote tallies might be affected, the candidates themselves have been doing their best to inform as many voters as possible before they cast their ballots.

Rep. Estes — that’s the incumbent — has been running a Facebook ad featuring an image of the ballot to help people differentiate between him and Ron M. Estes, who he called an “impostor” candidate, suggesting that the M in his name stood for “misleading”. He has also run a radio ad explaining the unusual situation to voters.

Luckily though, Lehman said that if any voter feels like they picked the wrong Ron, they can approach an election worker, have their ballot voided and start again.