“I think it’s been very bad for Europe. You see the same terrorist acts I do, we see them a lot,” Trump said, speaking to reporters at PM’s countryside residence Chequers on Friday. It follows Trump’s criticism of May’s handling of Brexit a day earlier.

Trump also blasted Angela Merkel for her role in inviting millions of migrants to Europe at the height of the Syrian refugee crisis in 2015, and for the spike in migrant-committed crime that followed.

After the EU was opened to an influx of migrants, almost 40 jihadist terrorist attacks have been committed successfully in Europe and countless others foiled, with 2015 the bloodiest year on record, according to Europol. Across Germany and much of Western Europe, fear of terrorism has led to a tightening of security measures, including concrete barriers in public places, and bulletproof glass around tourist attractions. 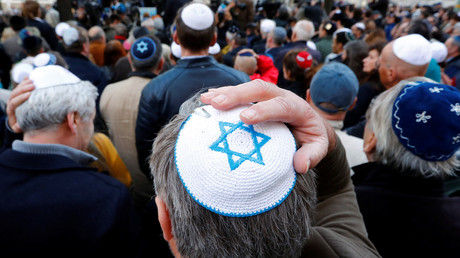 Trump used Europe’s experience to call for Democrats back in the US to support tougher border control measures. Despite the Trump administration’s recent ‘zero tolerance’ crackdown on illegal immigration, Democrats have rejected multiple bills from House Republicans, including one ‘compromise bill’ that would give some existing but undocumented immigrants a path to citizenship, but would also fund Trump’s proposed border wall and provide for tougher enforcement of immigration law.

“We have laws that are so bad we don’t even call them laws,” he said. “We virtually don’t have immigration laws.”

Trump made similar comments in an interview published by The Sun tabloid newspaper on Friday. In the interview he savaged London Mayor Sadiq Khan’s security record.

On Khan’s watch, London suffered three vehicle attacks in 2017, and has recently seen a surge in knife crime, with the city’s murder rate overtaking that of New York City earlier this year. 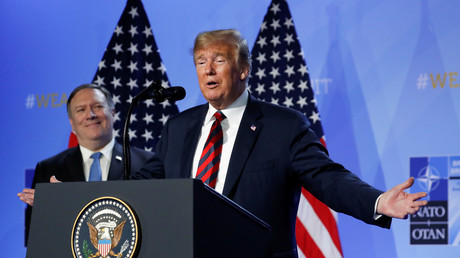 Khan and Trump have publicly clashed ever since Trump berated Khan for saying there is “no reason to be alarmed” by an increased and armed police presence in the city in the aftermath of the London Bridge attack in June 2017. Khan previously called for Trump’s working visit to the UK to be canceled, saying that “his policies go against everything we stand for”.

“To blame this on immigration from Africa is preposterous and we should call him out when he does so,” Khan, speaking on the BBC’s Radio 4 Today programme on Friday morning, said.

At Chequers on Friday, May tempered down Trump’s tough anti-immigration rhetoric, taking a more moderate stance on immigration. She touted the UK’s “proud history of welcoming people who want to come to our country to contribute to our economy and our society.”