Rosa’s support for the Palestinian-led ‘Boycott, Divestment and Sanctions’ (BDS) movement was the reason he was dropped from the ticket, Biss said in a statement. 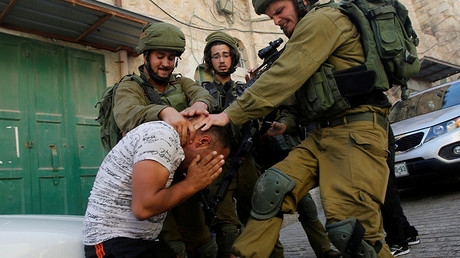 BDS calls for companies to stop doing business with Israel over its occupation of Palestinian territories.

The Democratic state senator wrote that Rosa told him he opposed the group prior to being chosen. Rosa’s position on the issue then changed, Biss claimed.

“I strongly support a two-state solution. I support Israel’s right to exist, and I support Israel as the homeland of the Jewish people. I also care deeply about justice for Palestinians, and believe that a vision for the Middle East must include political and economic freedom for Palestinians,” Biss wrote, adding “That’s why I oppose the Boycott, Divestment, and Sanctions movement, or BDS, as I believe it moves us further away from a peaceful solution.”

In a Facebook post, Rosa wrote that while he and Biss “both oppose pursuing BDS at the state level, the difference of opinion we have on the role the BDS movement plays at the federal level would make it impossible to continue moving forward as a ticket.”

Rosa did not immediately respond to RT’s request for comment.

Before Biss made his decision to drop Rosa, he lost the endorsement of  Democratic Congressman Brad Schneider, who cited Rosa’s “past comments about the United States support of our ally Israel, and his affiliation with a group that is an outspoken supporter of the Boycott, Divestment and Sanctions movement against Israel.”

Schneider was referring to the Democratic Socialists of America (DSA), a political organization, which passed a resolution supporting BDS.

Rosa, 28, is the first openly gay Latino to serve on Chicago’s City Council. He is also the youngest current alderman.

“I was asked to join the ticket to even more strongly advocate for the critical issues facing this state, such as medicare for all, a $15 living wage today, affordable childcare, and free college tuition,” Rose wrote in his statement.

“As a woman of color, she understands that justice and opportunity are not equally distributed and in fact are not available to many. As a champion for social and economic justice, she’s a proven fighter for the issues and people that Illinois government so often forgets about,” Biss said of Wallace in a video statement.

Wallace’s views on BDS were not immediately clear.

The international community has long called for a two-state solution in the conflict between the Israelis and Palestinians where the two peoples would eventually live in separate states. Israel had formally agreed to the two-state solution but has yet to take any practical steps to make it happen.

In August, UN Secretary General Antonio Guterres said Israel’s continued construction of settlements on what the UN recognizes as Palestinian territories was illegal and a “major obstacle” to achieving a two-state solution and peace with the Palestinians.