“Love” letters between former UK Prime Minister John Major and US President George HW Bush detail the friendly relationship between the two conservatives during trying times in the 1990s.

The newly uncovered archival records show how the two political leaders developed a close friendship during events such as the first Gulf War.

In one 1992 letter Bush wrote to Major from the United States, telling him: “I sent you a love letter yesterday.” 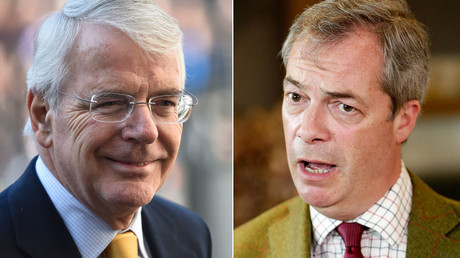 The letter was in response to a complimentary speech Major had made about the president. Bush said Major’s comments about him had been “very sweet.”

Obtained by the BBC through a freedom of information request to Bush’s presidential archives, the records also detail phone conversations between the pair.

In 1992, Major confided in Bush about his troubles with the media.

“I’ve never known them to be so rocky, so testy, so bitter and unpleasant,” he told the president.

Major explained he’d had to handle a “seedy sex scandal that’s run and run in the press” and that he expected the Conservative conference that year would “not be a barrel of laughs.”

Both men also told each other about their campaign woes.

In March 1992, Major said his walkabouts were “really nasty and ugly” and that the crowds he encountered having succeeded Margaret Thatcher were “horrendous.”

Bush said in response he had had a “miserable five months here campaigning” in the United States.

Major also slated the Tory-leaning press for its unsympathetic views and blasted the BBC, telling Bush “for what is supposed to be a public television service, it is not impartial at all.”

In other exchanges, the pair discussed the Gulf War against Saddam Hussein and at various times described then French president Francois Mitterand as variously “miffed,” “grumpy” and “illogical.”