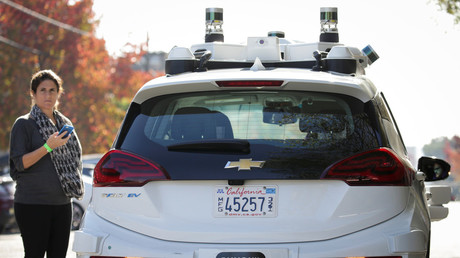 Amid talk of workplace automation in the US, it seems humans are fighting back, quite literally. Crash reports filed in California in 2018 reveal that humans are going on the rampage against robot cars.

Of six crash reports involving driverless cars filed in California in 2018, two involved a human approaching the car and attacking it.

In an incident in January in San Francisco, a vehicle operated by General Motors’ Cruise driverless car division was waiting at a green light when a man “ran across Valencia Street against the ‘do not walk’ symbol, shouting, and struck the left side of the Cruise AV’s rear bumper and hatch with his entire body,”, according to a report filed with the California Department of Motor Vehicles.

In a separate incident also in San Francisco, “the driver of the taxi exited his vehicle, approached the Cruise AV, and slapped the front passenger window, causing a scratch,”.

In the six reported accidents, three cars were in autonomous mode and three in manual mode. None involved injuries and there was minimal damage.

The findings could put the kibosh on California’s efforts to be the nexus of the driverless car industry in America.  Many of the most prominent driverless tech companies are located in the state.

In the accidents reported, there was a human driver present because current California rules state that driverless cars can be tested only if a safety driver is on hand to take over.

However this will all change on April 2 when new rules come into effect that will allow self-driving vehicles on the road without a person in the car for safety. This could leave robot cars more vulnerable to the road rage of Golden State drivers.