Almost 7,000 “Islamophobic” tweets were sent worldwide in the English language every day in July this year, with the vast majority in Europe coming from the UK, new data suggests.

This marks a notable rise on April’s figures, when 2,500 anti-Islam tweets were recorded.

The increase has been put down to peaks recorded following the Nice lorry attack and the attempted military coup in Turkey, the BBC reports.

Using 49 words and hashtags as indicators, the think tank Demos analyzed tweets recorded between March and July, and said there were 215,247 tweets sent in English that were “highly likely” to be anti-Islamic, derogatory or hateful.

Examples included specific references to recent acts of violence, attacking entire Muslim communities in the context of terrorism and included hashtags such as #stopIslamisation, #banislam and #rapeugees.

Demos says the highest number of Islamophobic tweets sent in a single day – 21,190 – came on July 15, the day after Mohamed Salmene Lahouaiej-Bouhlel plowed a lorry into crowds celebrating Bastille Day in Nice, killing 85.

Islamic State (IS, formerly ISIS/ISIL) claimed responsibility for the attack. 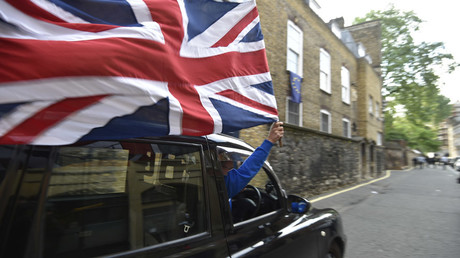 On July 17, the day after an attempted coup in Turkey, 10,610 Islamophobic tweets were sent, and on July 26, the day a Catholic priest was murdered by militant Islamists in a church in the French city of Rouen, a similar spike was recorded.

Carl Miller, a research director for the think tank, told the BBC the tweets were worrying as they are examples not of people “being angry at Islamic State, [but] people who are being angry at the wider Muslim world.”

In the UK, “only a thin sliver of [the tweets] are actually illegal,” he said.

“Only when there’s an actual threat to life are people actually breaking the law, and therefore the people that are in the online space are actually far less protected than the offline space when it comes to receiving that kind of abuse.”

A spokesperson from Twitter said: “Our rules prohibit inciting or engaging in the targeted abuse or harassment of others.

“We are continuing to invest heavily in improving our tools and enforcement systems to better allow us to identify and take faster action on abuse as it’s happening and prevent repeat offenders.”