Germany is in the throes of a full-on political crisis after talks to form a new government collapsed over the weekend. But how will Germany’s constitutional crisis impact Brexit Britain?

Chancellor Angela Merkel sought an alliance with the liberal Free Democratic Party (FDP) and the Greens, but both parties turned their back on her. As the odds on Merkel leading the country with a minority government have been slashed, and the likelihood of a coalition government with the Social Democratic Party snubbed long ago, her future has never been more uncertain.

But how will Germany’s constitutional crisis impact Brexit?

RT has quizzed leaders and commentators on how the political meltdown of one of the EU’s biggest economies may affect the UK’s withdrawal from the bloc.

Merkel said calling for new elections would be a better option than seeking a minority government. Could this delay already much-stalled Brexit negotiations?

Merkel says she prefers new elections to minority govt – if delay of months, could be huge drag on Brexit progress

The news comes as the EU Council is due to meet in mid-December to see whether negotiations can finally shift from focusing on the so-called “divorce bill” the UK pays the EU to trade talks.

While some German officials are known for their hard stance on Brexit, Merkel is widely viewed as adopting a softer approach to negotiations.

But as she will likely be focusing on winning votes for her Christian Democratic Union (CDU) party, she is unlikely to make any big intervention to hasten Brexit talks.

Some people have taken to Twitter to express their dismay at the potential delay Germany could cause Brexit.

So the situation and Germany could delay Brexit talks even further. Lucky we all know it’s going to be the ‘easiest negotiation in history’, or else we might be in some bother #Brexit

Others were said to be “consumed” by an election that will inevitably stall Brexit.

Well yes that’s right. It’s not that brexit is a domestic issue for Germany (Although the AFD platform raises some of the same questions UKIP did) – it’s that Merkel is key player in shaping the EU stance and so being consumed by an election will matter.

The Times columnist Iain Martin said it is “essential” Germany forms a government.

Hope Germany gets a govt. A fully functioning Germany is essential. But perhaps a little less of the British ultra-Remain “Germany, now there’s a proper country” nonsense, please.

The MP for Lichfield tweeted: “This instability in Germany is not helpful to the #UK. Merkel knows full well that a free trade deal between the #UK and #EU is necessary for German jobs.” 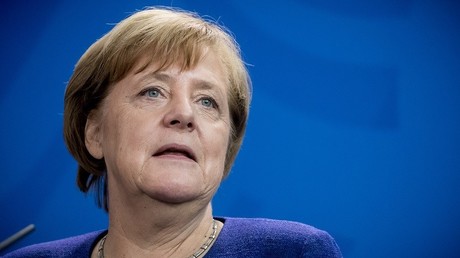 But others were more optimistic, with Tory backbencher Jacob Rees-Mogg telling the Mail: “The political weakness of the strongest EU state makes our negotiating position stronger.

“With manifold domestic troubles not just in Germany, member states need a deal more than we do.”

Mansfield MP Ben Bradley said: “Domestic politics are clearly going to be the top of Merkel’s agenda for the time being, though ironically her challenge is a similar kind of tension to the UK – balancing the need to appeal to both the middle-class left leaners and the typically working-class AfD voters.

“Let’s hope it gives Ms Merkel and incentive to get the ‘divorce deal’ part of the Brexit deal sorted ASAP so she can concentrate on things at home,” he said, the Sun reports.