May 25 marks the 40th anniversary of Unabomber Ted Kaczynski’s first attack. Here, RT looks back on the life of Kaczynski as well as some other heinous acts his bombing campaign inspired.

On this day in 1978, Professor Buckley Crist found a package in his office at Northwestern University. His first instinct was to call campus security. The package, which had been found in the university parking lot, was inscribed with his return address but Crist couldn’t remember sending it. When officer Terry Marker lifted the lid on the package, a rubber band snapped back and struck six match heads, igniting a fire that triggered the first device of the Unabomber’s 17-year campaign of terror. 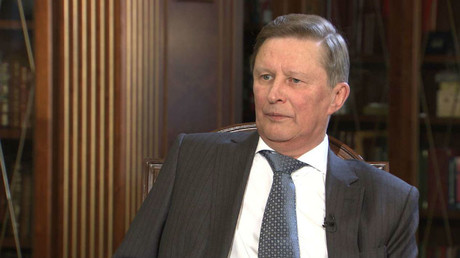 The bomb was crudely constructed and left Marker with only minor cuts and bruises. But before Kaczynski’s eventual capture at a remote cabin in Montana in 1996, he would kill three people and maim several others with increasingly sophisticated devices.

A mathematics prodigy, Kacyznski’s ultimate aim was to subvert modern society in order to bring about a return to a more primitive, environmentally conscious way of life. He railed against the pursuit of new technologies which he believed would ultimately end in the erosion of human freedoms.

In the digital age, the argument that technology has had a detrimental effect on society and human behavior remains a compelling one. Here are some of the groups and individuals inspired by Kacyznski’s nature-based anarchism who subsequently borrowed his deadly methods.

Campuses across Mexico were placed on high alert in August, 2011 after two professors were injured in a blast at the Monterrey Institute of Technology. Writing in a series of online posts, a group calling itself ‘Individualists Tending Toward Savagery’ (ITS) took credit for the attack and cited Kaczynski as its inspiration. The group has since been linked to other attacks on Mexican universities. In each incident, nanotechnology researchers were the targets.

The ITS posted online warning of the creation of automatically self-replicating nanocyborgs which could lead to be humanity’s downfall, reports The Chronicle.

Kaczynski, now serving life in prison without parole, has since delivered a scathing put down of ITS. In a blog posted in October last year, Kaczynski called the group politically naive, adding that it has a kindergarten level of understanding of revolution.

The plot to blow up IBM

In April 2011, three members of the Italian environmental activist group Il Silvestre were each jailed for three years after plotting to blow up the IBM nanotechnology center in Switzerland. The three had been caught near the company grounds with nearly 500g of explosives as well as the components needed to make an improvised explosive device, according to SwissInfo. They were also in possession of more than 30 letters claiming responsibility for the planned attack in the name of the Switzerland Earth Liberation Front.

The parallels with the Kaczynski-inspired ITS are clear – and, in a further Unabomber-like move, another organization, the Italian-based Informal Anarchist Federation, protested the trio’s arrest by sending a letter bomb to the Swiss nuclear agency. The package also contained a note demanding the Il Silvestre group’s release.

In an interview from prison in 1999, Kaczynski said that his motivation for carrying out his attacks didn’t come from literature, and that if people hadn’t started laying roads and cutting down trees he would still be living in the woods.

READ MORE: Green radicals are ready to kill for their cause – ex-member of US Senate Environment Committee

Kaczynski’s industrialization concerns are echoed in those of Il Silvestre, the Italian eco-anarchic group thought to have been the chief organizers of the IBM plot, according to Swiss intelligence. Italian police believe Il Silvestre to be “radical ecologists” responsible for a program of crime, intimidation and bombings.

A spate of six bombings across the Austin area in March 2018 drew comparisons with the Unabomber. Over a period of 19 days, Mark Conditt, an unemployed 23-year-old from the Pflugerville suburb of the city, killed three people and injured six others.

On the morning of March 2, Austin resident Anthony Stephan House emerged from his home and picked up a package that had been left on his porch. It exploded, killing him instantly. This was followed by five further bombings, culminating in Conditt blowing himself up in his car after being stopped by police on March 21. Unlike Kaczynski, it is not yet clear if there was an ideological motive for the attacks.

Some believe, given that most of the victims were non-white, the attacks were racially motivated. The police have refused to characterize the attacks as such, and given his sudden death, Conditt’s motives remain a mystery.