The moral arc of the universe bends at the elbow of justice.

In Part 1 of this two-part series, (LewRockwell.com, April 28, 2018), we examined how Time magazine, in two major articles in its January 26, 1976 edition, sought to reinforce a series of lies which were posited by the early author William Bradford Huie in his series of three articles in Look magazine (in November, 1968 and April, 1969) and again in his 1970 book, “He Slew the Dreamer.” The Time articles also portrayed the alleged assassin’s shot as an “easy hit” from a very comfortable sniper’s lair, through a deceitful artist’s drawing that changed the direction of the shot, such that the illustration showed it to be opposite of that which would have been required. But that was merely one of many such incidents in a very long series of similar actions taken to completely reframe the purported crime scene and the people and events related to it in order to support a contrived account specially designed to incriminate the designated “patsy.”  In fact, the first one (which Huie’s articles and book would repeat) was published in the immediate aftermath of Martin Luther King’s assassination.

The Time articles, including the artist’s deceptive, “mirror-image” rendering of the purported sniper aiming a rifle in the opposite direction of Dr. King’s actual position on the balcony of the Lorraine Motel, were noted within my book, Who REALLY Killed Martin Luther King Jr.?: The Case Against Lyndon B. Johnson and J. Edgar Hoover, however that diagram was not republished there, as it was in the first part of this series. 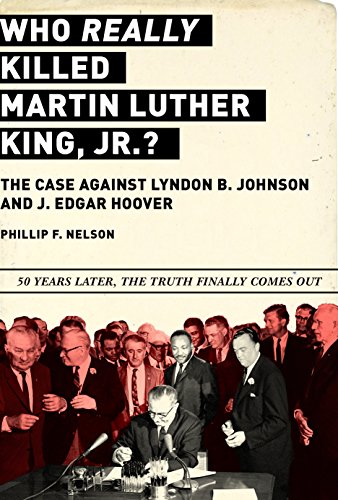 Neither was the deceptive front cover of the…