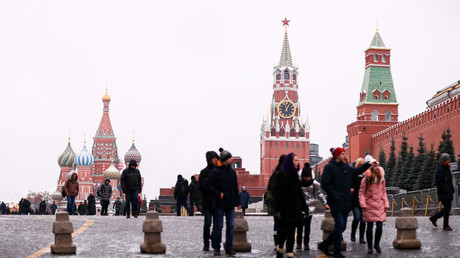 The notion that some people might not identify as Russophobic is apparently so perplexing to former CIA agent John Sipher, that he felt the need to put the question to Twitter. Then he felt the need for some backtracking.

“How can one not be a Russophobe?” the former spy, who once worked as the CIA’s Moscow bureau chief, tweeted.

Sipher followed the question with a list of Russia’s alleged wrongdoings, including engaging in “political warfare,” “invading neighbors,” “threatening doomsday nuclear weapons” and “killing the opposition” at home. He then challenged his Twitter following to “name something positive” about Russia.

How can one not be a Russophobe? Russia soft power is political warfare. Hard power is invading neighbors, hiding the death of civilians with chemical weapons and threatening with doomsday nuclear weapons. And they kill the opposition at home. Name something positive.

No sooner than he had tweeted it, however, Sipher began to backtrack on his comment, confirming that he was only referring to the Russian government, not all Russian people. But it was too late. The backlash had already begun.

you do realize everything you just said applies to the US, right?

Presumably the former spy thinks the US is not guilty of political warfare, invading other countries and threatening nuclear annihilation? Ironically, the US has not only threatened other countries with nuclear destruction but is actually the only country to ever have carried it out — an episode of Japanese history which must have slipped Sipher’s mind.

How can one not be a Russophobe? I’d recommend learning to distinguish between individuals and their government for starters. Unless you’d like to be judged based on the orange toddler in the White House.

Sipher quickly shifted gears and begun tweeting his very sincere concerns for “the Russian people” who he said “deserve to live in a normal country” — without specifying what exactly a “normal country” looks like.

Sipher was then schooled by journalist Ben Norton who blew a hole in the notion that the US government doesn’t kill opposition figures. Norton tweeted about the death of Fred Hampton, an African-American activist who was shot and killed in a police raid “with the help of your US intelligence community colleagues from the FBI”.

Sipher’s tactless response to the mention of Hampton was: “Who the hell is Fred Hampton?”

Fred Hampton was a Black revolutionary in Chicago who was assassinated with the help of your US intelligence community colleagues from the FBI.

The fact that a veteran CIA officer doesn’t know who Fred Hampton is says everything. https://t.co/jqRbaY0d9L

Journalist Yasha Levine called Sipher’s tweet yet another example of “casual racism” against Russians from former US spies.

Last year, former US Director of National Intelligence James Clapper said that Russian people were “genetically driven” to be untrustworthy. Those comments went largely unnoticed in mainstream media — unthinkable had Clapper suggested that any other nationality or group of people had a genetic predisposition toward lying.

One columnist noted at the time, however, that the current anti-Russia political climate in the US has “fostered xenophobia at the highest levels”. Sipher’s tweet seems to be yet another example of that casual xenophobia from the “intelligence” community.