There is no depth low enough that mischievous Russian trolls won’t delve to. With a barrage of 9,097 posts on social media they attempted to disrupt the United States’ booming energy market, according to a new US House report.

The stunning revelation came from the Committee on Science, Space, and Technology published this week. The lawmakers said Facebook, Twitter and Instagram gave them a list of “Russian posts”, which, they found were targeting the US energy industry. They did it by encouraging environmental protests and lampooning the notion that climate change is a hoax (although some did the exact opposite to sow discord).

Between 2015 and 2017 there were over 9,000 “Russian posts” about US energy policy or energy events on the three social media services, according to lawmakers. And the people in the US should be warned that when they read about fracking fluids seeping into water or a leaking pipeline they may be eating right from the hands of the Ruskies!

“Americans have a right to know that much of what they view online is being disseminated by foreign agents in an effort to disrupt US energy policies. The goal of these foreign agents is to shape Americans’ perceptions of energy and of climate change issues,” the report said in its conclusion.

The report was prepared by the Republican members of the committee and is in line with Chair Lamar Smith’s longstanding claim that the Kremlin is backing environmental groups in the US to undermine energy production. Smith, who represents Texas, says there is a “climate change religion” and has been fighting the Environmental Protection Agency for years to further deregulate the energy industry.

The problem of troll-induced disruption of a major US industry must be quite important to produce a report. But the lawmakers did not provide a damage estimate. Specialists doubt it could be high.

“It’s almost impossible to change US energy policy through a social media campaign,” Brenda Shaffer, a professor at Georgetown University, told Reuters. “A campaign would have to affect both the state and federal levels to be effective.” 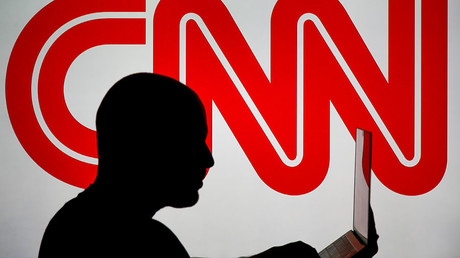 The continued effort in the US political class to find Russian meddling under every rock makes it increasingly easy to go after whichever group’s agenda does not suite them. Be it green groups, black rights advocates or anti-war activists, they can be (and are) easily branded as “useful idiots” or willing agents of the Kremlin.

The new report has been extensively cited by McClatchyDC to criticize Tim Canova, an environmental activist currently running in Florida against Debbie Wasserman Schultz – the disgraced head of the DNC during the 2016 election campaign. A tweet by Canova linking to an International Business Time article about anti-fracking action in Florida was mentioned in the report as being amplified by “Russian trolls”.

McClatchyDC states that he was one of the “useful idiots” in a campaign targeting the “$3bn Sabal Trail Pipeline”, citing Canova’s appearances on RT – to speak about the protests he was involved in – as evidence. It also claims that “Russian trolls” were “especially focused” Canova and that the said trolls sent “at least 16 social media messages excoriating the Sabal Trail pipeline or retweeting messages” from the activist – although the readers were left in suspense about how many retweets were made.

Canova’s explanation is that the protesters “never welcomed or tried to get foreign powers to spread the word for us” and that he would speak about his cause to “just about anyone who asks me to appear.” Which happens to be also true for many other guests on RT, who were offered no place on US mainstream media and were glad to have a platform on the channel. Of course the US establishment now has this Russiagate cudgel to try and beat those activists back into obscurity.