Britain’s theocratic Gulf allies feel “nervous” and “let down” by Western criticism, according to a former UK general now working as Middle East advisor to a major investment bank.

He said it was easy to forget that “despite their wealth, many of these countries actually have small populations, and those people feel justifiably insecure as they survey the dangerous environment in which they live.” 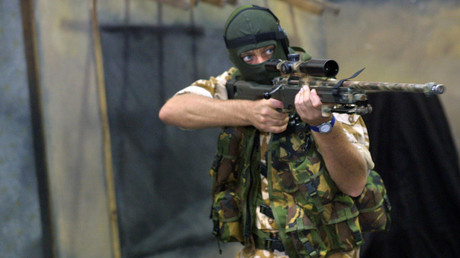 He warned that “every word and every action taken” by international allies was seen as a test of resolve among international partners.

For this reason he said that the current parliamentary inquiry into arms sales was “unwelcome and self-defeating.”

He warned that a “small coalition of vocal special-interest campaigning groups seems intent on pursuing agendas, which are, at worst, hostile to Britain’s national interests, and at best ill-informed or naive.”

He said that in light of the turbulent situation in the region, social and economic reforms in the authoritarian Gulf monarchies “look like luxuries at present.”

In 2014, Mayall made similar comments on the possibility of suspending arms sales to Saudi Arabia, warning that it would be perilous to “to indulge special interest groups over our national interest.”

He said to do so would be to invite “competitors” who would see “great opportunities to fill the economic vacuum that would be left by the UK’s actions.”

Mayall’s intervention appears to be at odds with the fact that in January it was reported UK arms sales to the regime under David Cameron were worth up to 6.7 billion.

Recent exposures also indicate the UK has been training the country’s military in artillery and aerial targeting and providing Special Forces support to the war in Yemen for some time. 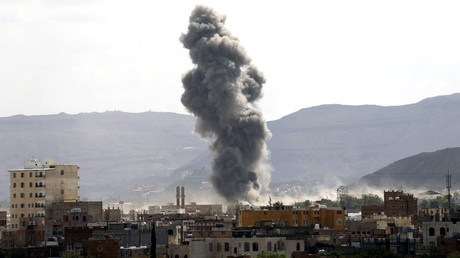 Mayall commanded troops in two Gulf Wars, Kosovo and Afghanistan and served as the Ministry of Defence’s senior advisor in the Middle East for a number of years.

He left the army after 29 years in 2015 to work for the firm Greenhill & Co in a similar role. Greenhill are a major investment bank with global reach and Middle East energy interests.

His comments appear to reflect those of a recalibrated UK policy towards the Middle East, particularly Saudi Arabia, which critics claim has deprioritized human rights in favor of arms sales and shadowy intelligence sharing practices.

Hours after his comment piece was published, Mayall spoke at the annual conference of the Iraq Britain Business Council (IBBC) in London.

The IBBC is chaired by Liberal Democrat peer Baroness Nicholson of Winterbourne and is concerned with big business in post-war Iraq.

It describes itself as “a powerful network of some of the most important global corporations as well as key Iraqi and British companies and trade chambers” and claims to enjoy “the highest-level of support from governments and the European Union.”

“Simon Mayall is right that the Middle East is facing turmoil, but much of that has been exacerbated by military interventionism and the Saudi-led bombardment of Yemen,” he said.

Smith marvelled that despite the thousands “killed by the bombing” Mayall was still “arguing for more of the same.”

“The UK should use its influence to call for human rights and democracy in the region. Not to arm and support tyrants,” he added.