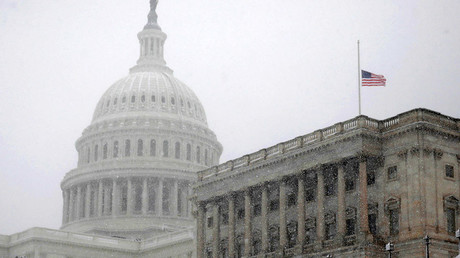 The House Intelligence Committee has voted to formally end its Russia probe. Lawmakers found no evidence of collusion between associates of President Donald Trump and Russia.

The committee also voted to release the report, which was authored by Republicans. It will first be sent to the intelligence community so that classified material can be redacted, but is expected to be made public within weeks.

The report recommends a crackdown on administrative leaks including the introduction of “mandatory polygraphs” for officials who have top secret security clearance. It also accuses former Obama administration intelligence director James Clapper of providing “inconsistent testimony” regarding his contacts with the media.

In a summary of its findings, the committee said that some Trump associates had “ill-advised” contact with WikiLeaks but concluded that there was “no evidence of collusion between President Donald Trump’s associates and the Kremlin.”

The committee spoke to more than 70 witnesses during the course of the investigation, which was launched in January last year. It heard from many prominent Trump administration figures including Donald Trump Jr., Jared Kushner and Steve Bannon. It also reviewed more than 300,000 documents.

Democrats have complained that Republicans on the committee failed to subpoena documents, interview key people or force uncooperative witnesses to answer questions. “It really is a fundamentally flawed document and there’s not much that can rescue it,” California Democrat Adam Schiff said after the vote.

In a statement after the committee approved the report chairman Devin Nunes said the report “provides specific findings and recommendations to improve our election security before the mid-term elections.”

Speaking shortly before the completion of the probe, committee member Michael Conaway said it would take the writer of a spy thriller to turn the “inadvertent contacts” between Trump associates and Russian officials into evidence of collusion.

“We found no evidence of collusion. We found perhaps some bad judgment, inappropriate meetings,” the Texas Republican, who led the investigation, explained. “But only Tom Clancy or Vince Flynn or someone else like that could take these series of inadvertent contacts with each other, meetings, whatever, and weave that into some sort of a fiction and turn it into a page-turner, spy thriller.”