Several homelessness charities which should be working to protect rough sleepers are reportedly passing on information to the Home Office for the people’s removal from the UK.

A report by Corporate Watch claims some of the UK’s leading charities launched to protect homeless people are in fact helping Immigration Enforcement officers and the Greater London Authority (GLA) to deport foreign people back to their home countries. 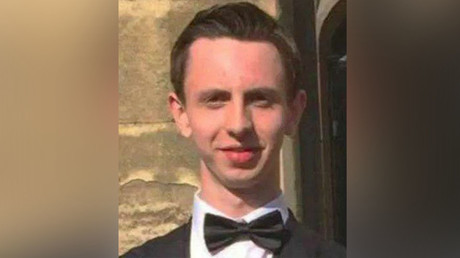 According to The Round Up’s report, outreach teams from charities such as St Mungo’s, Thames Reach, and Change, Grow, Live (CGL) are helping immigration patrols carry out raids targeting homeless people.

The routine patrols are part of Prime Minister Theresa May’s aim to make Britain a “hostile environment” for illegal migrants, a pledge she made back when she was home secretary.

However, human rights campaigners have hit out at the exploitation of charities to detain and deport illegal immigrants, calling it a “new low.”

“Using homeless charities to spy on the homeless is a new low, even for a government bent on bringing border controls into every corner of our lives,” Martha Spurrier, director of Liberty, said.

“Turning unaccountable citizens into immigration officers can only lead to racial profiling, discrimination and alienation, raising tensions in already divided communities,” she said, the Guardian reports.

“If the Home Office genuinely wants to rise to the post-Brexit challenge, it must end this toxic ‘border on every street’ policy.”

According to the report, the three charities carry out “joint visits” with immigration forces around London’s central boroughs as often as every fortnight.

Figures released under freedom of information (FoI) reveal that up to 141 patrols were organized by the GLA and 12 London boroughs in the past year.

The figure, however, is not inclusive of Westminster borough, which has highest level of homelessness in the city, and where patrols are likely to be much more frequent.

Although charity bosses claim they encourage non-UK homeless to leave “voluntarily,” the report suggests the so-called “voluntary” departures occur as people are threatened with force.

The charities insist they are merely acting in homeless people’s interest.

“The reality is that under current UK legislation, there are vulnerable people that are not eligible for support or housing and as a result are left destitute on the streets,” Chief Executive of St Mungo’s Howard Sinclair said, the Guardian notes.

“When returning home is the only option for a vulnerable individual sleeping rough, we have to ask ourselves what would happen if we didn’t get involved.

“The stark reality is that without any intervention people would simply deteriorate on our streets.”

Mark Moody, Executive Director of health and social care at Change, Grow, Live (CGL) said the charity’s staff do “all we can to help rough sleepers to get help, regardless of their background or nationality.

“We explore all options in terms of employment and housing, and have helped hundreds of rough sleepers in the past 12 months.

“We work with a number of local authorities and statutory agencies around the country to reduce the risks faced by rough sleepers and find solutions to their sometimes complex needs.

“If employment or housing cannot be found for an EU national, we will offer supported reconnection to that home country or somewhere they have relatives, and liaise with services there to ensure they have a place to go.

“When there is no other option and the person has refused reconnection, they are unable to work and cannot be housed, there is little alternative to them going back to their home country.”

The news comes as recently-released figures from the FoI reveal that homeless people from the European Economic Area (EEA) are routinely being deported under new powers conferred by the government’s Housing White Paper.

While before the new law was enforced EU citizens were deported if they showed “anti-social behaviour” or were unemployed for long periods, authorities can now return EEA citizens to their home country simply for sleeping rough on the streets as they are seen as “abusing” their right to freedom of movement.