Disturbing videos of life inside Britain’s prisons have emerged showing inmates fighting, taking drugs, and carrying out degrading tasks to obtain contraband. Strikingly, the footage is captured on mobile phones and then proudly uploaded to social media.

Prisoners appear to be out of control, smuggling drugs in and out of prison and smoking ‘spice’ in their cells. Bare-knuckle boxing matches are held inside bathrooms and common areas with no sign of any guards, the footage shows. 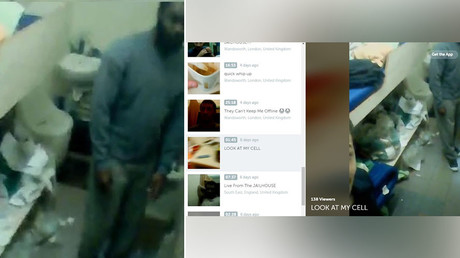 Under-funded prisons, where staff are crying out for recruitment of new officers, appear to be dangerous, un-policed, funhouses where lags are making a mockery of the British justice system.

Prisons featured in the videos include Category C men’s prison HMP Wealstun in North Yorkshire, as well as HMP Nottingham and a prison in Merseyside.

One clip shows an inmate struggling to walk after smoking ‘spice.’ His legs spasm, he drops to the floor and instead of helping him the men in his cell crowd around to have their photo taken using a smuggled phone.

The videos have been viewed thousands of times online, with hundreds of people sharing them.

Only a handful questioned the state of the British prisons.

“That amount eh (sic) folk going in 1 room in the jail where is (sic) the screws or even cctv outside cells to keep an eye on this shite system is f**** up,” One man wrote on Facebook.

Another wrote: “Good how they can get all these drugs in the prison mobile phones make all that racket with no screws around post shit like this publiccly (sic) on social media and the authorities turn a blind eye.”

Another clip from HMP Wealstun, which houses up to 832 prisoners, shows inmates hitting each other over the head with trays for fun.

One man passes out after a blow from the metal object.

Another clip shows an inmate in HMP Nottingham brushing his teeth with a toilet brush as part of the “mandem challenge”.

He squirts toothpaste on the used brush before rubbing it across his teeth while fellow prisoners laugh and cheer.
It is believed such challenges are carried out in exchange for drugs and cigarettes.

Other, more violent clips show the prison “fight clubs” in which men take each other on in “bare knuckle” boxing-style competitions.

Despite a large group of men gathering and the noise being extremely loud, the fight goes on for minutes without a single member of prison staff turning up. 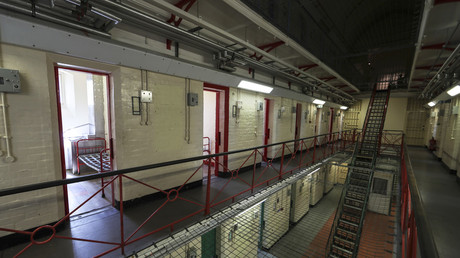 A collection of their fans discussed prison life with them via smuggled phones.

In response, the Government said it was “struggling” to keep mobile phones out of jails.

Outraged social media users asked, then as now, “Where are the screws” while others said the inmates have it far too easy.
“That’s not a prison it’s a f***** hotel,” One wrote.

Other commenters with knowledge of prisons said violent fights take place in HMP Chelmsford and Strangeways.

A Prison Service spokesperson said: “This behaviour is completely unacceptable and we are taking immediate action. We are clear that those who break the rules will be punished and can face extra time behind bars.