Criminal charges have been dropped against Sir Norman Bettison in relation to his conduct as a police officer in the response to the 1989 Hillsborough disaster. Families of the 96 victims have vowed to challenge the decision.

Sir Norman, an ex-chief inspector of Merseyside police, will no longer face prosecution for four counts misconduct in a public office over statements he made on his post-Hillsborough role. 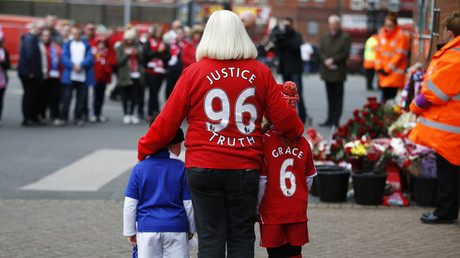 The Crown Prosecution Service’s (CPS) decision has “retained my faith in the rule of law,” Sir Norman said adding that it has “vindicated” him.

The CPS has claimed there had been “significant developments” since the charge in June 2017 that had “affected the available evidence.” Two witnesses in the case have subsequently had changed their evidence and a third had died, they added.

Chairwoman of the Hillsborough Family Support Group, Margaret Aspinall, whose 18-year-old son James was killed in the disaster, said that the group had “grave concerns about the handling of this case,” confirming “we will be exercising our right to an independent review under the right to review scheme.

“It is our view that the wrong charge was brought in the first place and we will be using the review process to argue this point strongly.”

Sir Norman was off-duty at the FA Cup semi-final, on April 15, 1989, watching the game as spectator when overcrowding lead to the deaths of 96 Liverpool fans.
Following the disaster, he was tasked with identifying material for police lawyers to present to the public inquiry, led by Lord Justice Taylor.

Sir Norman didn’t disclose this when he applied successfully for the role of chief constable in Merseyside – an area encompassing the city of Liverpool.
The CPS charged Bettison last June, not for his actual conduct or role in the force’s response to Hillsborough, but for his description of it and other statements he made years after the tragedy.

The four charges included accusations that Sir Norman described his part in the Hillsborough response as “peripheral,” and that he lied over having never tried to move the blame of the deaths “on to the shoulders of Liverpool supporters.”
The two further charges related to the claim that Bettison said he didn’t “besmirch” Liverpool fans, and that he never offered an alternative explanation other than that the Liverpool supporters caused the disaster.

The CPS’ criminal indictment alleged that these four statements were both untrue and amounted to willful misconduct in a public office.

Bettison has consistently denied any wrongdoing, saying in his evidence at the inquests that he had no leadership role in the police’s response and only carried out tasks he had been given.

In 2016, the Hillsborough Inquests, launched in part due to questions over the initial Justice Taylor inquiry, found that the 96 victims were unlawfully killed.