A Muslim woman and a Somali child were targeted in a car-ramming incident just days after a terrorist attack on the London Tube, a court has heard. Anti-Muslim sentiment was behind the alleged assault, the prosecution stated.

Paul Moore is accused of attempted murder and attempted grievous bodily harm after he allegedly hit a woman with his car and drove at the girl. The 21-year-old drove into Zaynab Hussein, who was wearing a hijab, “purely because of the color of her skin” and her “perceived Islamic faith,” the prosecution has said. Prosecutor Jonathan Straw said the defendant, of Letchworth Road, Leicester, struck Hussein in Acer Close in the city on September 20 last year. 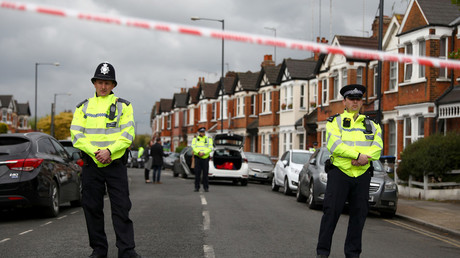 The woman, 47, was sent flying into a wall where the impact broke several bones. “When I hit the floor, I saw blood coming from my forehead,” Hussein’s statement to the court said. “I remember shouting for help but nobody was around, I tried to get up, but could not.

Hussein suffered severe fractures to her pelvis and spine, as well as broken bones. She remains bed-bound following the incident. The prosecution argued Moore’s actions were linked to terrorist attacks in London. Straw said: “It is no coincidence, we say, that there had been a bomb at Parsons Green Tube station in London, said to have been carried out by sympathizers of Islamic State.”

Nottingham Crown Court was also told that moments after the attack, Moore drove at a Somali girl in nearby Butterwick Drive. Moore is accused of driving at the child, who was heading to school, clipping her side and sending her school bag into the air.

Moore denies attempted murder but admits he was the driver. The trial continues.