The BBC may be forced to stand down top presenters on Wednesday to avoid them having to read out leading news bulletins about their own six-figure salaries.

The broadcaster is reportedly in last-minute talks about how to cover the story without breaching its own rules, which say presenters are bound by editorial guidelines to remain objective and cannot advance a position on “industry controversy or any other controversial subject.”

The news report is expected to reveal that more than 100 presenters are earning more than £150,000 (US$195,000), including John Humphrys, Fiona Bruce, Kirsty Wark and Laura Kuenssberg. It is feared they will be unable to conduct the interviews with impartiality, the Telegraph reports.

The list of names published by the BBC aims to provide more transparency in how the corporation spends the £3.7 billion it generates in license fees.

To avoid a damaging conflict of interest row, the BBC may replace usual presenters with lesser-known names whose salary is below the threshold, or let them present other news items as normal but to draft in a more junior reporter to cover the story across the day’s bulletins.

“There are loads of people wandering around the BBC right now worrying about conflict of interest,” a source told the newspaper. 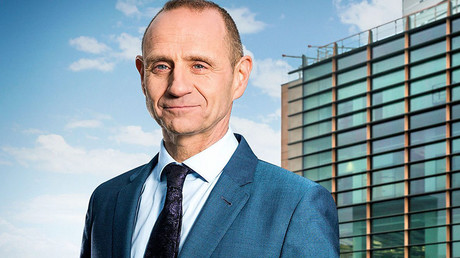 “This is a highly sensitive issue for us, because of course some of the big name presenters will be on the list.”

The report is expected to reveal Humphrys earns far more than his colleagues on Radio 4’s Today show – particularly his female co-presenters Sarah Montague and Mishal Husain – which could spark a row over gender pay gaps.

The majority of names on the list will be entertainment or sports presenters, including Gary Lineker, Chris Evans and Graham Norton.

Some of the names will “come as a surprise to viewers,” sources said.

The BBC’s director of content, Charlotte Moore, has warned that presenter pay could go up as a result of the disclosures. She said if “everybody knows what everybody else is being paid, they will go ‘I want to be paid that.’”