A head teacher has defended refusing to allow poor students at her school to play with new sports equipment while those whose parents “donated” cash get all the fun. 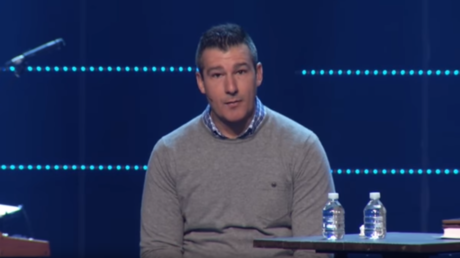 Head teacher Maria Bull claims her “no pay, no play” scheme at Wednesbury Oak Academy in Tipton should have worked because there are no parents who “didn’t have” £6 (US$8).

The school introduced what was branded “rich and poor zones,” where only those who paid to play could use equipment at lunchtimes.

Bull also claimed those who had paid could use the skipping ropes, balls and slinky, and could essentially get a guest pass for a less well-off friend to play every few days.

Furious parents wrote to the school and spoke out on Facebook.
Bull deflected the blame and said it was the idea of the parent council at the West Midlands school. “Parents have behaved in a highly threatening manner on Facebook, telling me ‘I need a good slapping,’” she told the Mirror.

“This is not the way to behave. We have systems in place where parents can come and address their concerns. I am on the verge of calling the police. I would prefer [if] children made up their own games in the playground.”

The school, which is rated ‘outstanding’ by education watchdog Ofsted, was given cash by around 50 out of 450 parents. 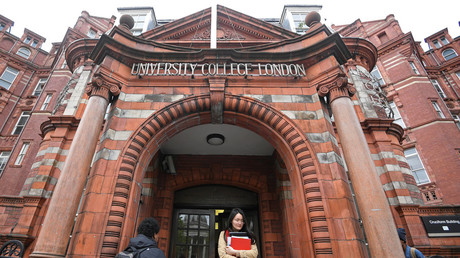 One parent said her son was “upset” to be excluded from the equipment. Another added: “What an awful example these children are being shown.”

Bull defended the move, however, saying it was “just 15 pence per week” and they had had “eight months” to pay the “voluntary” donation.

A petition was started by livid parent Angela Moore over the school’s display of “social and financial discrimination.” Parents were “disgusted” and the petition spread outside of the school community to other angered families.

“The playground was separated into groups of ‘paid’ and ‘unpaid’ students,” Moore wrote. “This has caused outright disgust from children, parents, grandparents, staff and such like.

“We therefore request the ‘scheme’’ to be discontinued as it’s just not something that any of us wish to be associated with.”

The petition had garnered some 600 signatures, with people branding the scheme “outrageous.”

“Schools get an awful lot of bad press for doing things that benefit the children,” she said. “We are asking for just £6 a year. We are talking about a 20 minute area outside with some equipment. We are running this as a lunchtime activity club.

“I wouldn’t ask parents to pay for another child’s after-school club. Parents threatening staff, the head teacher, it’s unacceptable. This is cyberbullying of a school.”

National press coverage sparked fear in the school, which stopped the program less than 24 hours later.

The chair of governors confirmed: “We have listened to the concerns raised and will be ending the scheme with immediate effect. We are a school that believes in putting our children at the heart of everything we do.”