As the repercussions from #MeToo continue to shake Hollywood, cable station HBO is hiring an “intimacy coordinator” to monitor the filming of its (plentiful) sex scenes. 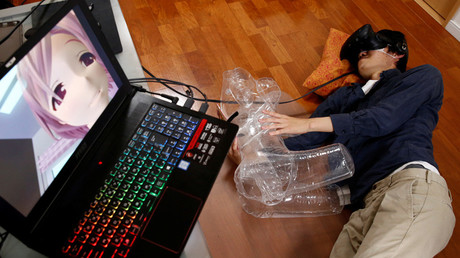 When Emily Meade, who stars in the TV drama ‘The Deuce,’ approached production staff in the immediate aftermath of the #MeToo revelations last year to request an “advocate purely for sexual scenes,” HBO hired Alicia Rodis, whose practices have since so endeared her to ‘The Deuce’ showrunner David Simon that he told Rolling Stone he’d never work without an intimacy coordinator again.

Rodis’ background is in choreography and stunts, but her job on set is not so much showing actors what goes where – they’ve probably figured that out by now – as making sure everybody is comfortable psychologically and physically.

She founded Intimacy Directors International in 2016 to set up standards for sleazy scene filming and to protect actors from sexual abuse. As studios scramble to adjust to the repercussions of #MeToo, her business is taking off – she’s currently overseeing the sets of three other productions and training other intimacy coordinators to work on two more series.

The fallout from #MeToo has made some studios – and some men – justifiably anxious about sex, with concerns about legal and reputational repercussions should anyone make a false move. There’s something chilling about the mingling of sex and bureaucracy suggested by the title “intimacy coordinator,” but if the presence of sexual stunt-masters is needed for the show to go on, perhaps more studios will soon follow HBO’s lead.