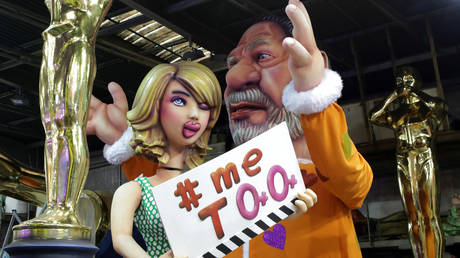 Harvard is launching a probe into the ‘climate’ of the university after widespread rage over a law professor’s decision to represent Harvey Weinstein, worried the decision to let him have a lawyer has offended the student body.

Law professor and Faculty Dean Ronald Sullivan’s announcement in January that he would be defending the disgraced Hollywood mogul sparked outrage throughout the university. His decision was met with student demonstrations, calls for his resignation and even acts of vandalism at the Ivy League campus. The university hosted several “listening-sessions” in response and announced the launch of a so-called “climate review.”

The concept seems somewhat opaque. The school would collect “anonymous” information about student experiences following Sullivan’s announcement. The email was, however, not clear on what exactly a “climate review” is or aims to accomplish, other than to “assess the situation.”

“When climate concerns arise in a faculty-led unit, the College and the FAS have procedures in place to gather additional information to assess the situation and to provide confidentiality to those participating in the information gathering process,” Dean of the College Rakesh Khurana wrote in the email.


In the comments section of the Harvard Crimson’s story announcing the probe, one person described the confusing result of the university’s hyper-diplomatically worded announcement.

“A high official speaking vaguely of an undefined ‘climate review’ addressing an equally undefined ‘climate concern’ with unspecified ‘procedures’ that guaranty ‘confidentiality’ seems more like something out of a Kafka opus than anything to inspire confidence.”

Khurana’s email did suggest that the probe would serve to inform unspecified “actions, as appropriate.”

So, this is insane: Harvard students demanded the resignation of a black law prof who advised Obama on criminal justice issues and has helped free thousands of wrongfully convicted prisoners because the guy has agreed to represent Harvey Weinstein. https://t.co/R3nHrieWHY

Harvard students want the lawyer representing Weinstein to be fired.
Even if the multiple accusations of harassment were proven, doesn´t every human being deserve a defense?
Do they want to be a lawyers under the Rule of Law or in a dictatorship? https://t.co/Wl9TrKVgWF

Following the blow-back over his decision, Sullivan reminded students that a lawyer’s duty includes defending even “unpopular” clients. While Weinstein is anything but a nice guy, Harvard students’ hypersensitive reactions to him having a trial at all are being seemingly pandered to by the administration’s extreme caution.

Weinstein faces multiple felony rape and sexual assault charges in connection with separate incidents involving two women. However, he was accused of different types of sexual abuse by dozens of women. His high-profile fall from grace helped to spark the #MeToo movement which highlighted issues of sexual abuse in Hollywood.