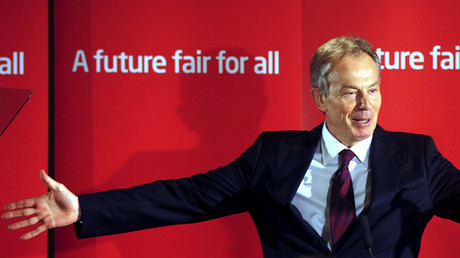 Progress, the Blairite Labour-supporting organization, is advertising for “volunteers” to fill its job vacancies, in a sign that a severe lack of funding is beginning to bite for the consistent Corbyn critics.

Listed on its job vacancies page are three unpaid roles; events, social media and sub-editor, with job specifications that intimate that such positions would be considered full-time positions –  only no salary and just expenses paid.

The group that represents much of the right of the party, including Liz Kendall, John Woodcock and New Labour’s Lord ‘I’m intensely relaxed about people getting filthy rich’ Mandelson, even though not officially affiliated, appears to be contravening official Labour policy on non-payment of staff.

A memo was sent out to Labour staff yesterday which some close to the Labour leadership, such as Jeremy Corbyn’s former spokesman Matt Zarb-Cousin, saw as a direct dig at Chuka Umunna for advertising for unpaid staff. It stated: “It is against Labour Party policy to employ unpaid interns. As part of our 20-point plan for security and equality at work, set out in the 2017 General Election Manifesto, we have pledged to ban unpaid internships.”

Progress, whose director Richard Angell has been an outspoken critic of Corbyn and his type of politics, is known to have been struggling financially in recent times, having relied heavily on major donors to operate – donors such as multi-billionaire Lord David Sainsbury who in 2016 donated £260,000 to the Labour think-tank.

The financial stability of the group came under scrutiny after the 2017 general election in June, when Lord Sainsbury announced that he would stop giving financial backing to party political causes, and in doing so, denying the Labour pressure group much needed revenue. The Guardian reported that Angell would look to Progress members to make up the shortfall, asking them to contribute more in membership fees.

This seems to be an optimistic strategy for Angell to employ, considering his organization has only just over 3,000 members and subscribers, as of 1 September 2017, according to its website. These numbers are dwarfed by bitter Labour grassroots rivals Momentum, the left wing Corbyn-supporting organization who’s current membership has reached 40,000 – more than the Green Party which reportedly stands at 39,000.

Responding to criticism on social media to Progress’ hiring of unpaid staff, Angell has attempted to justify his organization’s employment policy by seeking to distinguish between ‘volunteering’ and ‘unpaid internships,’ insisting they would be “free to change their mind” and “opt out of this good cause with a social purpose.”

It remains to be seen as to whether people buy into Angell’s justification for non-payment of Progress staff, on yet another issue on which the Blairite group and Corbyn are not seeing eye-to-eye.