Theresa May’s Cabinet has agreed on a “fallback option” that keeps the UK within the EU Customs Union until after 2021, to avoid a hard border being established between Northern Ireland and the Republic, according to reports.

At a press conference at the EU summit in the Bulgarian capital, Sofia, May said that the UK will push forward new plans for a “fallback option” to address the Northern Irish border problem “in due course”.

It appeared to confirm earlier reports from The Daily Telegraph whose sources suggested that a new Irish “backstop” or “fallback” will be strictly “time-limited” and will allow Britain to implement their own trade deals.

Earlier in the day, Leo Varadkar, the Taoiseach (Irish Prime Minister), had warned May’s government that the UK risks crashing out of the EU without a deal, because of the ongoing impasse on the Northern Irish border issue.

READ MORE: Benedict Cumberbatch to play ‘Vote Leave’ leader in Brexit drama – who else could be involved?

Varadkar said that Dublin and the EU had “yet to see anything that remotely approaches” a breakthrough on the issue of the Irish border, reports The Guardian.

He said: “By June we need to see substantial progress as the Tánaiste [Varadkar’s deputy, Simon Coveney] and I have said on many occasions. The European council will review progress in June.” 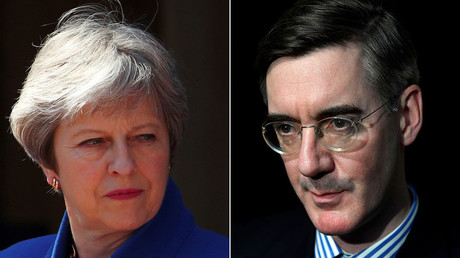 The Taoiseach expressed fears as to whether Brexit can happen at all if no real progress is made by June 2018.

According to reports, Varadkar is asking the UK to put forward new customs plans within the next two weeks.

In response to the Taoiseach’s remarks, May’s spokeswoman said that the UK PM had talked to Varadkar at today’s EU summit, insisting both share a commitment to avoid a hard border with Northern Ireland, Reuters reported.

There seemed to be some confusion with Labour’s position on Brexit on Wednesday, concerning the single market. Jeremy Corbyn’s spokesman ruled out staying in the single market, adding that the Labour leader had reservations about keeping the UK in the European Economic Area (EEA) after Brexit, saying it would compromise the delivery of his priorities.

Earlier in the day, Shadow Home Secretary, Diane Abbott, said that the party had not ruled a House of Lords plan that would keep the UK in the EEA, meaning continued single market membership for the country, according to The Independent.