Half of the UK’s jihadists are now radicalized by extremist material on the internet, according to a study by the neo-conservative Henry Jackson Society (HJS).

A report by the controversial group also says the number of people radicalized online has doubled in the last five years.

The thousand-page study, titled, “Islamist Terrorism: Analysis of Offences and Attacks in the UK,” claims to cover all Islamist suicide attacks and convictions from 1998 to 2016. 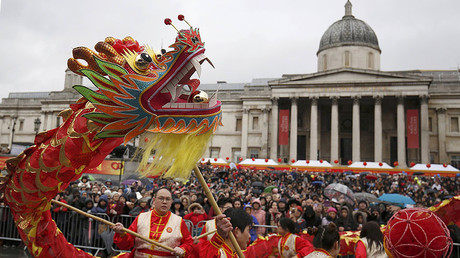 Author Hannah Stuart told the Daily Mail: “Online radicalization is increasing – the prevalence of the internet as a medium for engagement with extremism more than doubled.

“First Al Qaeda and now Islamic State [IS, formerly ISIS/ISIL] are ahead of the game in terms of using the internet and social media for propaganda,” she said.

The Henry Jackson Society frames itself as a pro-intervention and pro-capitalist voice, which aims to spread freedom and democracy around the world.

It is run by the academic and former Tory parliamentary candidate Alan Mendoza.

Its latest report claims that just 10 percent of terrorist attacks in the UK were committed by so-called “lone wolves” and that one in 10 jihadists had watched a beheading video.

Stuart said the increase in knife attacks as an alternative to bombings and shootings made it harder for the security services to detect plots.

She suggested that “security services could watch groups until they had enough evidence to make a case in court.”

Mark Rowley, the assistant commissioner for London’s Metropolitan Police, had been due to attend the launch of the report on Monday but pulled out after complaints by Muslim community groups that the Henry Jackson Society has Islamophobic leanings.

In a statement read out at the launch, Rowley did say that the report was a “factual, impartial and highly useful resource.”