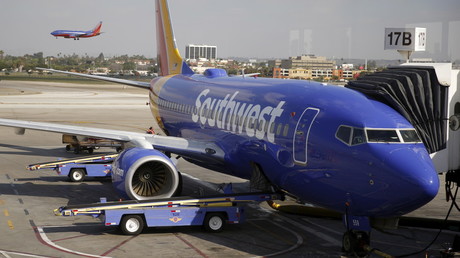 An airliner was forced into an emergency landing shortly after take-off from Salt Lake City after a suspected engine fire. Alarming ground footage has emerged online showing tongues of flame emanating from the fuselage.

An airport spokesperson confirmed to the Salt Lake Tribune that an engine appeared to have caught fire. RT.com has contacted both Southwest Airlines and Salt Lake City International for comment. All 110 passengers and five crew members on board escaped unscathed and were transferred to another plane before continuing on their journey to LA. Emergency crews on the tarmac were not required to take any action.