For the first month since the November 2016 general election, the number of FBI gun background checks, considered a measure of firearm sales in the US, has increased. Background checks conducted in May have gone up each of the last seven years.

This year marks the highest number of FBI background checks ever conducted in the month of May since the National Instant Criminal Background Check System (NICS) began keeping records in 1998.

Prior to May, NICS statistics show background checks had decreased each month since the November election compared to the previous year.

While FBI says the number of gun background checks it conducts for arms sellers cannot be considered “a one-to-one correlation” with firearm purchases, the bureau’s statistics are used as a proxy gauge for gun sales. 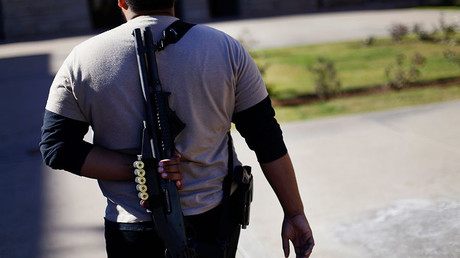 Beginning in December – the month after Donald Trump was elected president – the FBI reported monthly gun background checks that were lower than the previous year, breaking a 19-month streak of monthly increases.

The long string of increases was fueled by worries, founded or not, that then-President Barack Obama would somehow restrict firearm ownership in America. The month-over-month decreases beginning in December indicated to gun-sales analysts that Trump’s election over Democrat Hillary Clinton eased such anxiety.

May background checks have climbed each year since 2010, making it the month with the longest streak of annual increases.

Annual NICS records show that background checks are generally at their highest in winter months, then ease in the spring and summer before rebounding in the fall.