While many gun activists decry the government’s attempts to increase gun control, there could also be a direct cost to the feds. Federal taxes on guns and ammo have reaped as much as $875 million. 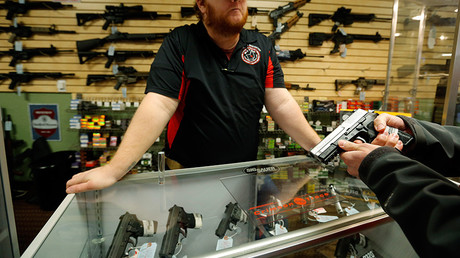 The US Department of the Treasury’s Alcohol and Tobacco Tax and Trade Bureau collects a 10 percent on ammo and roughly the same for guns, Vocativ reported. The money collected is collected from manufacturers and is then earmarked for the US Fish and Wildlife Service.

The increase of mass shootings and reporting on gun violence has led to an increase of gun and ammunition purchases. In 1991, the federal government received less than $1 million in taxes from gun sales and just over $1 million in ammunition sales. However, following the Sandy Hook massacre, the fear of gun control led to an $875 million peak of taxes collected from those purchases.

However, because those taxes go to the US Fish and Wildlife Service, citizens can thank gun owners for helping to protect the endangered dwarf wedgemussel, whether they like it or not.