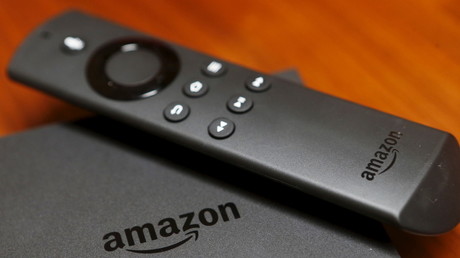 Did you know there is something called NRAtv? And that it’s carried by streaming service @amazon?
We’d like to stop them from carrying this gun industry funded misinformation, which adds to gun violence throughout our nation.
Please let @JeffBezos know.
#StopNRAmazon

Wayne LaPierre seems to think white supremacist hate speech is just conservative values.@JeffBezos Why support disgusting NRAtv on @amazon People are dying from lax gun laws promoted by the NRA. They are the shame of America. #StopNRAmazon

Somehow Apple TV, Chromecast and Roku, which also stream NRATV, have managed to escape relatively unscathed in the ‘crossfire’. This is possibly because the latter, at least, doesn’t show any sign of backing down. A representative for Roku told Variety it is simply “an open platform for streaming and allow publishers to reach a TV audience,” when asked about their association with the NRA’s programming.

The NRA has invested more than $35.5 million into the channel in recent years, reports The New York Times. It’s passionate about keeping its free program alive.

NRATV has ditched its usual tactic, following a mass shooting, of staying quiet until the uproar dies down, according to the NYT. Instead, the channel has come out swinging against media outlets who have blamed the organization for its role in the Valentine’s Day shooting, in the form of several videos condemning the reporting of the attack.

The NRA describes the free 24-hour streaming service as a “source for the world’s most comprehensive video coverage of Second Amendment issues, events and culture.” The channel now offers 22 original series since its launch in late 2016 and promises to keep viewers “apprised of the truth about firearms and the Second Amendment.”