Whitehall bosses failed to stop any of their employees from joining the private sector for three years in a row due to lack of formal powers and poor enforcement of existing rules. 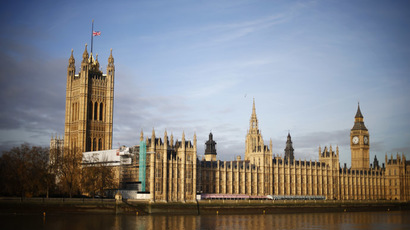 Business appointment safeguards are designed to prevent civil servants from carrying sensitive information, knowledge and connections when they leave their official position for a job in the private sector.

However, the report stated that these rules are inconsistently applied throughout the government, which is “powerless to keep civil servants off the gravy train.”

The NAO’s comptroller and auditor-general led the investigation into eight government departments and found that most senior state officials believed “the onus to be on former civil servants” to follow the respective business appointment conditions, such as not to exploit sensitive information obtained during employment with the government.

Overall, the investigation found that there were 170 decision made under the business appointment rules since 2014, but questioned the validity of this number as several Whitehall departments failed to publish a list of former employees who went on to work for big business.

“No department has assurance that former civil servants remained compliant with the rules for up to two years after they had left public service.

“It is not possible to know from transparency data whether all those leaving the civil service that should have made an application under the rules did so,” the report reads.

The NAO also stressed that the burden lies on the civil service itself and not the media to expose the breaches in the official rules to sustain public confidence in the government.

“The Cabinet Office relies on transparency, public scrutiny and reputational risk to promote compliance with the rules.

“The public administration and constitutional affairs committee considers that it is completely unacceptable to rely on media coverage to expose perceived or actual breaches of the rules, and ‘trial by media’ only serves to further weaken public confidence.”

Outgoing Liberal Democrat leader Tim Farron praised the report and urged the Conservative government to take action in order to ensure that the civil service follows rules of good practice.

“This damning report shows not enough is being done to address the risks of the revolving door between government and big business,” Farron told the Times.

“It shows that the government have a system that doesn’t work, has no teeth and isn’t even being properly implemented. If the watchdog does not bark, it is time to put it down.”