Senator Rand Paul (R-Kentucky) has lent his support to President Trump’s Supreme Court nominee Brett Kavanaugh, despite saying as late as last week that he was “honestly undecided” on the judge.

“After meeting Judge Kavanaugh and reviewing his record, I have decided to support his nomination,” Paul tweeted on Monday. Paul’s support is crucial to passing Kavanaugh’s nomination, as Republicans hold a slim 51-49 majority in the Senate.

I have expressed my concern over Judge Kavanaugh’s record on warrantless bulk collection of data and how that might apply to very important privacy cases before the Supreme Court.

Last week, Paul told Politico that he was “honestly undecided” on supporting the conservative judge. As one of the most libertarian-leaning Republican senators, Paul disagreed with Kavanaugh’s support for warrantless collection of communications metadata by the US government in the interest of national security. In 2015, Kavanaugh –then a Washington DC Circuit Court Judge– ruled that such data collection does not violate Americans’ right to privacy under the Fourth Amendment.

“Kavanaugh’s position is basically that national security trumps privacy. And he said it very strongly and explicitly,” said the Kentucky senator. “And that worries me.”

Upon reviewing Kavanaugh’s other rulings, Paul apparently warmed to the judge. The senator cited Kavanaugh’s strong defenses of the First and Second Amendments, as well as his record on defending property rights and “reining in the administrative state” as reasons for his change of heart.

“I believe he will carefully adhere to the Constitution and take his job to protect individual liberty seriously,” Paul added.

My conversation with Judge Kavanaugh reinforces my belief that he will evaluate cases before the Supreme Court from a textual and originalist point of view. I believe he will carefully adhere to the Constitution and will take his job to protect individual liberty seriously.

Paul’s vote is a crucial one in determining the success of Kavanaugh’s nomination. Several Republican senators are still on the fence about him. Susan Collins (R-Maine) and Lisa Murkowski (R-Alaska) have vowed to take their time in evaluating Kavanaugh, and have both expressed concern that he might rule against Roe vs. Wade, the 1973 decision recognizing a woman’s right to have an abortion. 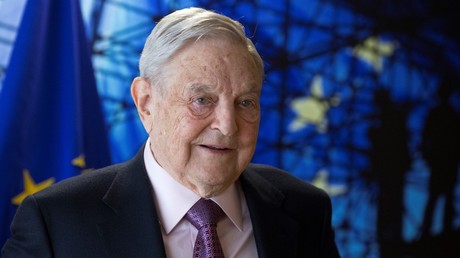 Democrats have chosen to make Kavanaugh’s record on abortion a key issue in the confirmation process. Minority Leader Chuck Schumer (D-New York) looks likely to launch a pressure campaign against Collins and Murkowski, whose constituents are mostly pro-choice. Assuming Democrats stick together, the party needs to turn two Republicans to block Kavanaugh’s nomination, or only one if cancer-stricken John McCain (R-Arizona) misses the vote due to illness.

However, several Democrats seeking re-election in states that voted for Trump in 2016 could cross party lines and support Kavanaugh, as three did when the Senate voted on the President’s first Supreme Court nominee, Neil Gorsuch, last year.

One of those senators, Joe Manchin (D-West Virginia) became the first Democrat to meet with Kavanaugh on Monday. After the meeting, which lasted over two hours, Manchin remained tight-lipped as to how he intended to vote.

“All I’m going to say is it truly was a very productive meeting and it helped me and my staff understand. It gave us a lot to work on,” Manchin told reporters.

Schumer has reportedly urged those potential swing voters to keep their cards to themselves and remain tight-lipped on their decisions, forcing Republicans to work at locking down their own team before turning their attention to their opponents.

Senate Majority Leader Mitch McConnell (R-Kentucky) has said that Kavanaugh’s confirmation hearing and vote will take place this fall, and that he expects the new justice to be seated by the next Supreme Court term, the first Monday in October. Democrats are seeking to postpone the debate until after the November midterms, where they hope to win control of the Senate.

Trump nominated Kavanaugh, 53, as Supreme Court justice on July 9, calling him a man with “impeccable credentials, unsurpassed qualifications, and a proven commitment to equal justice under the law.” The president’s decision is extremely important for both sides of the aisle, as Supreme Court justices remain in their positions until death or until they decide to retire. Should Kavanaugh be appointed, the court would retain its 5-4 conservative majority, but would shift slightly further to the right, as outgoing Justice Anthony Kennedy sometimes sided with his liberal colleagues on social issues like abortion and gay rights.