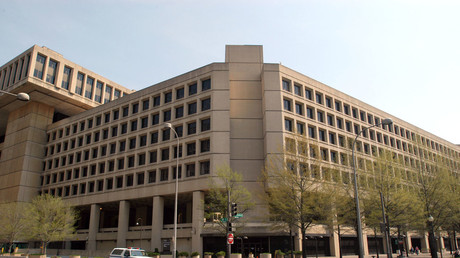 US President Donald Trump’s criticism of the FBI in the wake of the Florida school massacre apparently did not sit well with some US officials. Ohio Governor John Kasich called the president’s remarks “absurd.”

“I think it’s an absurd statement,” Kasich told CNN’s State of the Union show on Sunday, referring to Trump’s recent tweet, in which he criticized the FBI’s handling of the Florida tragedy. In his post, Trump said it was “very sad” the FBI failed to notice the threat posed by the shooter, as the agency was too busy looking for evidence of collusion between the Trump campaign team and Moscow. Kasich noted that the FBI did make a “terrible mistake” by failing to uncover the shooter’s plans, but stated that it would be wrong to link this failure to the Russia probe.

Very sad that the FBI missed all of the many signals sent out by the Florida school shooter. This is not acceptable. They are spending too much time trying to prove Russian collusion with the Trump campaign – there is no collusion. Get back to the basics and make us all proud!

On Wednesday, a teenager armed with an AR-15 opened fire targeting students at Marjory Stoneman Douglas High School in Parkland, Florida, killing 17 people and injuring over a dozen more. The perpetrator, identified as 19-year-old Nikolas Cruz, was detained shortly after the shooting and later confessed to the crime.

It later turned out that Cruz was not being secretive about his plans, as he openly discussed becoming “professional school shooter” in the comment section of a YouTube video and posted messages about buying a gun on Snapchat. Following the massacre, the FBI admitted that it failed to follow its own “established protocols,” which regulate dealing with such cases.