Donald Trump has been nominated for the 2019 Nobel Peace Prize by House Republicans, who believe his threats of sanctions and war is the “only reason” why Pyongyang is reconciling with Seoul and moving towards denuclearization.

Trump should “receive the 2019 Nobel Peace Prize in recognition of his work to end the Korean War, denuclearize the Korean peninsula and bring peace to the region,” the nomination letter, addressed to the Norwegian Nobel committee by Indiana Republican Luke Messer, recommended.

The endorsement letter was signed by another seventeen House Republicans who could think of “no one more deserving” than President Trump to receive the prestigious award for his “tireless work to bring peace to our world.” 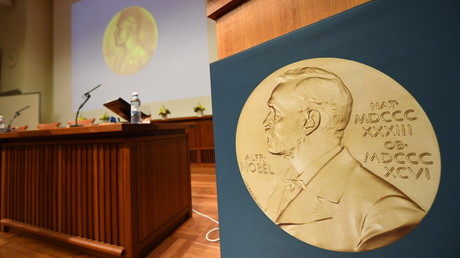 “President Trump’s peace through strength policies are working and bringing peace to the Korean Peninsula,” the letter states.

“The President’s strong leadership is the only reason North Korea is now coming to the table and he deserves recognition for this unprecedented progress toward peace,” Messer said.

While the move was welcomed by a number of US politicians, who seem to agree Trump’s role was crucial in resolving the crisis after months of bullying North Korea, Democratic Representative for Tennessee’s 9th congressional district, Steven Cohen wondered if the US President “directed his people to start the ‘Nobel’ chant.”

“He is a shameless self promoter who learned at the knee of the villianous (sic) Roy Cohn!,” Rep. Cohen tweeted referring to the American attorney who led Senator Joseph McCarthy’s investigations into alleged Communist activity in the United States.

Trump’s Nomination for the Nobel Peace Prize Was Apparently Forged. Twice. https://t.co/S9TAdhdbKR you think he directed his people to start the “Nobel” chant? He is a shameless self promoter who learned at the knee of the villianous Roy Cohn!

The US President believes that his diplomatic style of “maximum pressure” and intimidation did the trick to bring North Korea to the negotiation table. Besides a number of choking economic sanctions against the North, Trump was also never shy to directly threaten Pyongyang’s leadership. 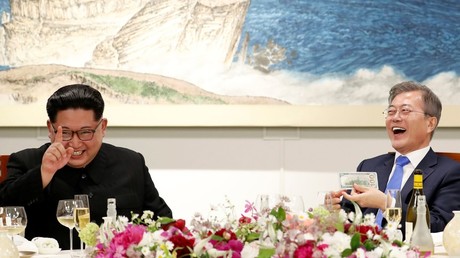 Tweets such as “my nuclear button is bigger than yours,” and “military solutions are now fully in place, locked and loaded, should North Korea act unwisely,” in addition to his speech at the United Nations General Assembly last year, where he threatened to “totally destroy” North Korea if it did not comply with Washington’s demands, will most likely enter history books.

While many observers believe that peace on the Korean peninsula became possible through the direct negotiations between both Koreas, South Korean President Moon Jae-in said on Monday that Trump “can take the Nobel prize,” as long as the Koreas receive peace in return.

Awarding the Nobel Peace Prize to Trump, despite his warmongering rhetoric, would, however, be still less controversial than the prize won by Barack Obama mere months into his first term – before he ended up bombing seven countries in the following six years. Before Obama, three US presidents – Theodore Roosevelt, Woodrow Wilson and Jimmy Carter – received the award.