Gab.ai, a social network popular with the “alt-right” movement, filed a lawsuit against Google Friday for removing it from the Google Play app store in August. According to the lawsuit, Google “deprives competitors, on a discriminatory basis, of access to the App Store, which is an essential facility or resource.”

Google further said the social network app did not “demonstrate a sufficient level of moderation, including for content that encourages violence and advocates hate against groups of people.”

“This is a long-standing rule and clearly stated in our developer policies. Developers always have the opportunity to appeal a suspension and may have their apps reinstated if they’ve addressed the policy violations and are compliant with our Developer Program Policies,” the Google statement read, according to ARS Technica.

Google is using their monopoly in violation of antitrust laws “to block an upstart competitor it in the social media app market, to the detriment of millions of consumers who value free speech,” according to Gab’s attorney, Marc Randazza. 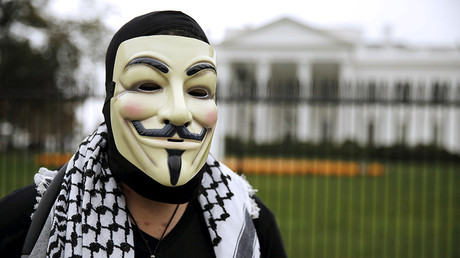 “Google Play and Android have monopoly power in the app store market, and Google’s apps YouTube and Google+ compete directly against Gab. Google’s intimate partnership with Twitter, which also competes against Gab, makes Google’s control of all Android apps available through the Play Store a serious restraint of trade issue,” Randazza said in a statement.

Gab founder and chief executive Andrew Torba called Google “the biggest threat to the free flow of information,” and referred to the case as “a David and Goliath fight” in a blog posted on Medium Friday.

Gab, which uses a frog logo similar to the alt-right appropriated symbol Pepe the Frog, was banned from the Apple store in 2016, after Apple claimed that the app “includes pornographic content” posted by users, according to Breitbart.

In the lawsuit, Gab accuses Google of using “the Charlottesville ‘moment’ as cover for eliminating Gab from the Play Store, an action that it likely considered inevitable because of the violent protests and activism directed against hate speech, monuments of dead generals and any symbol of institutions associated with conservative or extreme right-wing messages, which for all practical purposes were elided into one.”

The lawsuit also cited James Damore, an engineer who circulated a 10-page memo that argues the gender gap between men and women working in tech and leadership positions is due to biological and psychological differences, as proof that the tech giant silences dissent.

Google called the lawsuit “baseless,” adding they would be “happy” to defend their decision in court, according to Ars Technica.