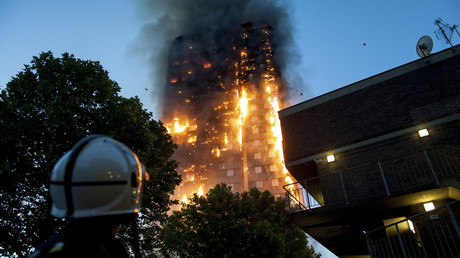 One year on from the fire which killed 72 people, Going Underground goes back to Grenfell Tower. Host Afshin Rattansi talks to victims, protest organizers and those who tried to battle the blaze.

The Going Underground team speaks to Zeyad Cred, the organizer of the Silent Marches which remembered those lost in the horrific blaze on the 14th of every month. Senior firefighter Lucy Masoud also sat down with the team to discuss the depoliticisation of the worst tower block fire in recent UK history. Plus, Going Underground talks to Father Alan Everett, Vicar of St Clement Church about the effect the tragedy has had on the community.