Boris Johnson should be handed more power, Tory MP and Chairman of the Foreign Affairs Committee Tom Tugendhat has said. The MP’s call comes in spite of a litany of diplomatic gaffes committed by the British Foreign Secretary.

The ex-army officer will today say in a speech, at defense think tank Royal United Services Institute for Defence and Security Studies, that “Successive foreign secretaries – including the current one – have been hobbled. They’ve had the title, but they haven’t had the power.” 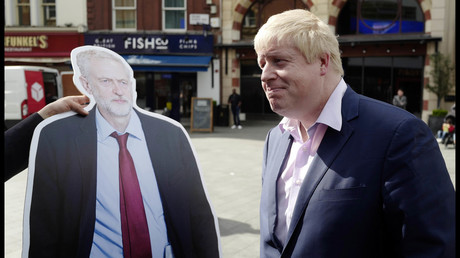 He claims that the Foreign Office “has lost control of key aspects of overseas influence, like trade and development, and has been obliged to take part in a tug-of-war with the Cabinet Office over anything that involved national security and the EU.”

The ex-army officer’s speech come after he reportedly signaled his interest in taking up the role himself. While the prospect of the already divisive Johnson gaining power over other departments, currently headed up by his Cabinet colleagues, has the potential to create conflict.

In October 2017 the Tory MP for Tonbridge and Malling appeared to criticize Johnson’s failed jokey approach to diplomacy. While not explicitly naming him, Tugendhat implied that the Foreign Secretary did not appreciate cultural differences when it came to humor, reported Totalpolitics.

Tugendhat said: “There are many people who don’t understand quite how difficult it is to translate humor, because humor is fundamentally cultural.

“It is really, really hard to do cross-cultural humor.”

This criticism seemed to needle Johnson, hitting back during a questions session when he retorted “I think actually telling jokes is often a very effective way of getting your diplomatic message across.

“And sometimes people greatly appreciate that you are talking to them in that informal way while subtly getting your point across. And actually it can be a little bit condescending to think that they don’t get the point.”

Boris Johnson has form when it comes to undiplomatic relations. From over-excitedly tackling a small Japanese boy during a rugby game to unwisely singing Rudyard Kipling’s ‘The Road to Mandalay’, a colonial-era poem, while visiting one of Myanmar’s holiest sites, and wrongly claiming Nazanin Zaghari-Ratcliffe was training journalists in Iran; the UK’s top diplomat has created a lot of noise on his overseas travels and if Tugendhat gets his way he could be creating a lot more.